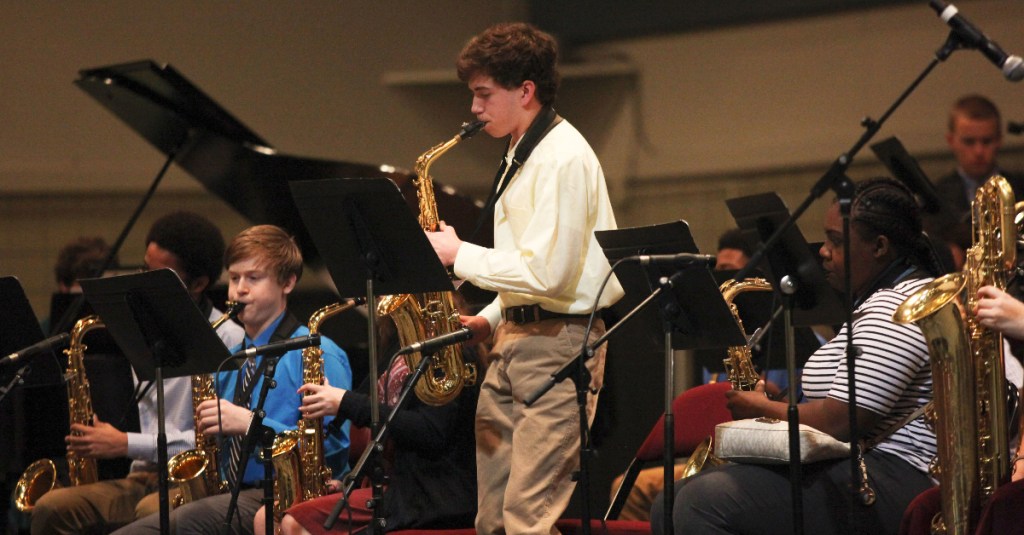 A Warren Central High stage band member plays a solo during a performance at the 2019 Alcorn State University Jazz Festival.

“It feels great to be recognized after 36 years,” said Dr. Dave Miller, a professor of Music at Alcorn and festival director. “It’s been my life’s work, really, so it’s very nice to be recognized and for the festival to get recognition after serving as many people as it has over the years. It (the award) really means a lot coming from the governor and the Arts Commission; it’s statewide so it’s really a big deal.”

The awards program will be shown on MPB Television Friday at 8 p.m. and Saturday at 1 p.m. It will also be broadcast Sunday at 5 p.m. on MPB Think Radio.

Presented by the Mississippi Arts Commission, the Governor’s Arts Awards are given to individuals and organizations to recognize outstanding work in the artistic disciplines and arts-based community development and arts patronage in Mississippi.

The awards are presented in partnership with the Governor’s office and indicate the relationship between government and the arts.

“We are thrilled to celebrate the 40th anniversary of the University’s Jazz Festival during Alcorn’s sesquicentennial,” said Dr. Felecia M. Nave, Alcorn State University president. “I want to personally congratulate Dr. David Miller under whose 36-year leadership has brought some of the greatest jazz performers to Mississippi to celebrate the culture and music of jazz. It is truly an honor for the Festival to receive the 2022 Governor’s Arts in Community Award from the Mississippi Arts Commission.”

The Alcorn Jazz Festival is nationally recognized and brought some of the most important jazz performers in the history of the genre to the state, at times it is the only time many of these musicians perform in the state. Under Miller’s direction, the festival educates students and others through workshops and discussions with artists. It has inspired generations of student musicians and is free and open to the public.

The festival in the past has featured Branford Marsalis, Esperanza Spalding and McCoy Tyner as well as the late Chick Corea, Freddie Hubbard, Max Roach and many others.

Miller is presently developing the schedule for the 41st festival, which will run for three days beginning April 7.