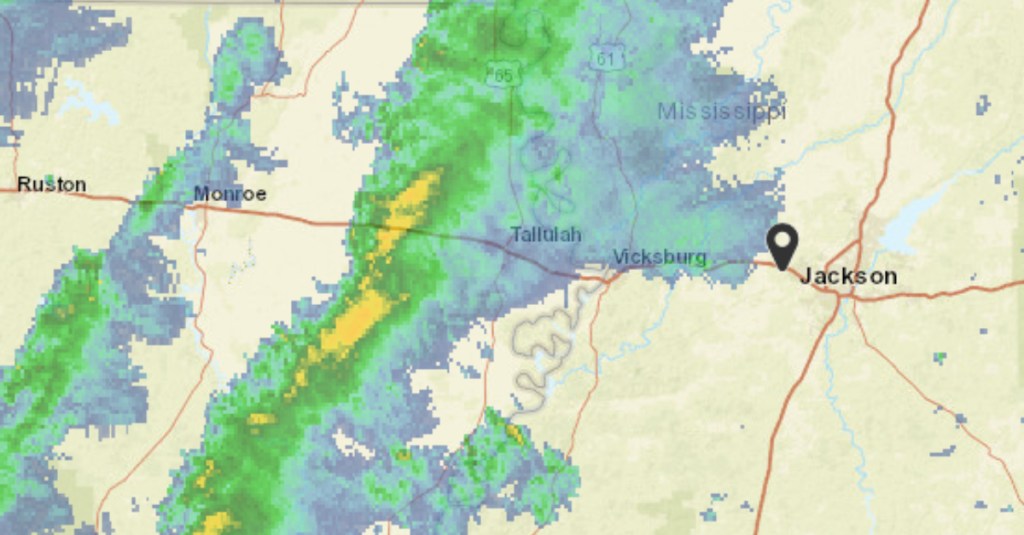 Mississippi Gov. Tate Reeves declared this week Severe Weather Preparedness week, and it seems Warren County isn’t getting to the weekend without a test or two.

According to Emergency Management Coordinator John Elfer, Thursday’s severe weather includes the possibility for hail, tornadoes and strong winds. Warren County is under a tornado watch until 6 p.m.

Sheriff Martin Pace confirmed to The Post that several trees were already down in Warren County ahead of the bulk of the severe weather. The following roads were blocked due to downed trees: Warrior’s Trail, U.S. 61 North, Floweree Road, Oak Ridge Road and Glass Road.

As of 1:30 p.m. Thursday, all trees were cleared off the roads. However, Pace did warn residents attempting to remove trees themselves.

At 11:15 a.m., the National Weather Service was reporting south winds of 26 mph, with gusts to 37 mph, at the Vicksburg Municipal Airport on the southern edge of the city. Rain and thunderstorms are expected to move into the area by early afternoon, and winds outside of the storms could reach as high as 40 mph.

City of Vicksburg Water and Gas Superintendent Dane Lovell said one tree was down in the city at 11 a.m., at the intersection of Martin Luther King Jr. Boulevard and Sycamore Street. Not even Walmart was immune from weather troubles early Thursday. Store associates asked all customers to leave when the store’s power went out and the cash registers went down.

According to Victoria Love, customer service manager for Entergy, crews were working Thursday morning to restore power to 240 customers in Warren County, as well as Walmart.

Ashlyn Jackson, a forecaster for the National Weather Service in Jackson, confirmed the threat of severe weather on Thursday but said weekend weather will show signs of improvement.

“In Vicksburg, there is an enhanced risk of severe weather. The main threats we’re looking at are damaging winds, and possibly tornadoes,” Jackson said. “(Friday) through the rest of the week, conditions are going to clear out. Friday and weekend highs are significantly colder than today (Thursday).”

Jackson added there is a possibility of dense fog on Friday night.