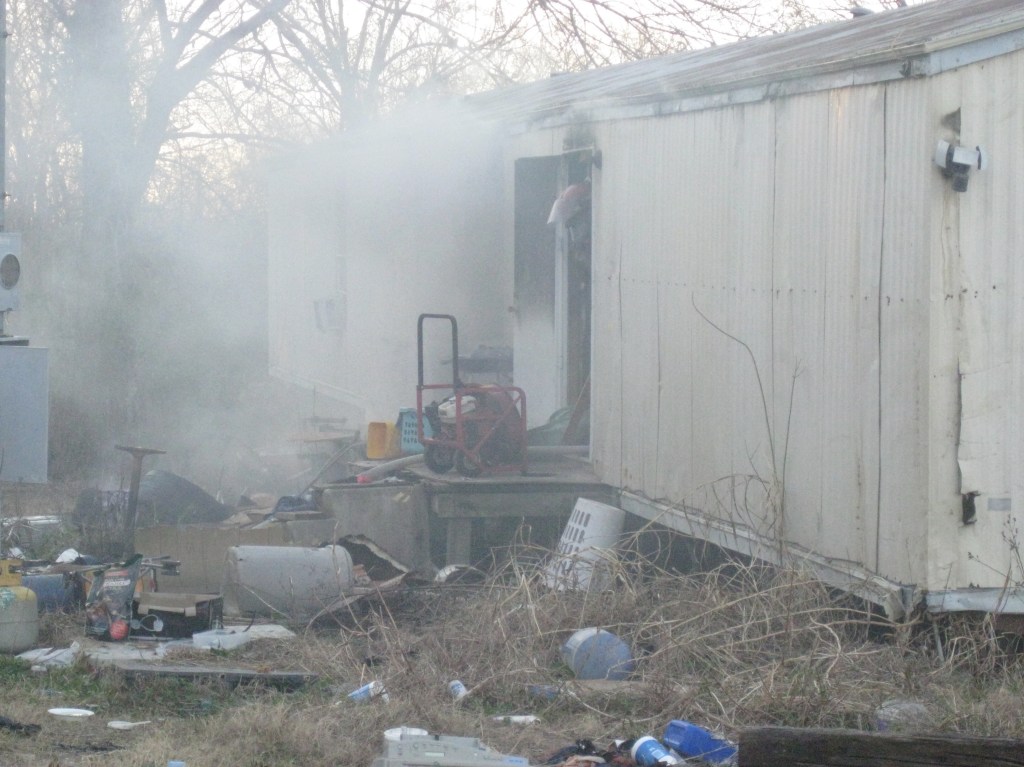 A Vicksburg firefighter stops to check something outside a mobile home on Fog Drive. A late afternoon fire caused by an open flame for heat damaged the structure. John Surratt

An open flame was the cause of a fire that damaged a mobile home on Fog Drive off U.S. 61 Friday.

Fire Chief Craig Danczyk said fighters were dispatched to the fire just before 5 p.m. and firefighters arriving on the scene reported heavy smoke coming from the structure.

He said initial calls indicated someone was in the mobile home but a search found no one.

Danczyk said someone was living in the mobile home, which was not connected to utilities and the resident apparently set the fire to keep warm. The resident was not home at the time of the fire.

Besides Engine 8, Engine 7, Ladder 15, rescue and ambulance, the battalion chief and Danczyk responded to the fire.