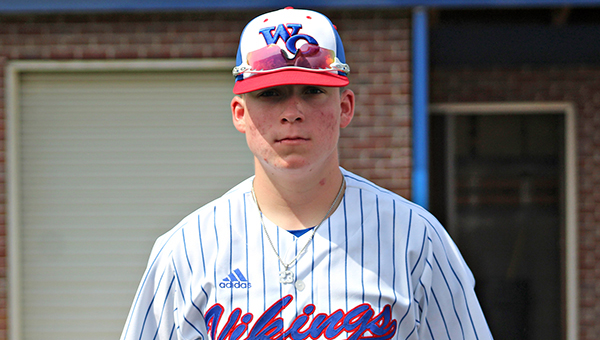 Just a few days into the 2022 high school baseball season, Warren Central scored the kind of win it’ll brag about all year long.

Jack Wright allowed one run in five innings on the mound, and went 2-for-4 with two doubles and three RBIs at the plate as the Vikings knocked off defending MHSAA Class 6A champion Madison Central 6-1 on Saturday.

Wright drove in two runs with a double in the first inning Saturday, then added another RBI double during a three-run rally in the fifth. Braxton McCurley, Kylan Landers and Bo Broome also doubled in runs as the Vikings hit seven doubles in the game.

Wright started on the mound and allowed one run on four hits and a pair of walks in five innings. He struck out three batters. Charlie Appleton finished with two innings of scoreless relief.

Warren Central is scheduled to host Richland Tuesday at 7 p.m.

Dee Morgan and Cade Morgan drove in two runs apiece for defending MAIS Class 1A champion Tallulah, which jumped on top with three runs in the top of the first inning.

St. Al answered with five runs in the bottom half, however, and padded the lead by scoring in every inning. The Flashes scored six times in the second inning and seven times in the fourth, while taking advantage of six errors committed by the Trojans. St. Al scored 12 unearned runs.

Vicksburg 8, Murrah 7
Connor Harrigill hit a game-winning RBI single in the bottom of the seventh inning to give Vicksburg High its second walk-off win in three games.

Harrigill — who scored the winning run in a 3-2 victory over Porter’s Chapel Academy in the season opener — drove in Terrance Johnson with the winning run. Johnson drew a one-out walk, got to second base on a fielder’s choice, and came around on Harrigill’s hit.

Johnson had one hit and walked three times in the game. He scored two runs and drove in two more. Omarion Richardson and Braylon Green also had two RBIs apiece for the Gators (2-1).

Vicksburg will play at home Tuesday at 6 p.m. against Natchez.