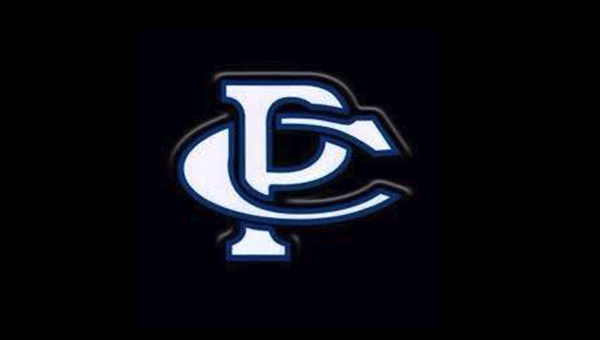 GREENVILLE — Porter’s Chapel Academy did not walk out of the gym with a state championship trophy on Saturday, but it did earn the right to walk into another gym next week.

Chris Taylor scored 25 points, Lawson Selby poured in 20, and the Eagles crushed Sylva-Bay Academy 66-47 in the consolation game of the MAIS Class 3A boys basketball tournament.

PCA (22-13) finished third in the state tournament to qualify for the MAIS Overall Tournament for just the second time in school history. The Eagles will go on the road to play Simpson Academy (30-4) Wednesday at 6 p.m. Simpson beat Starkville Academy 65-39 on Saturday to win the Class 5A championship.

The top three teams in each of the MAIS’ six classifications advances to the Overall Tournament.

“It’s going to be huge,” PCA coach Walter Hallberg said of playing in the Overall Tournament. “The publicity is good, making this big tournament is a good experience for the kids … I don’t even know, really, how to put into words how big this is. It’s the biggest thing in basketball for only the second time in 62 years.”

Twenty-four hours after playing one of their worst games of the season in a 64-35 loss to Tunica Academy in the semifinals, the Eagles responded with, if not their best game then at least one of their best halves.

They trailed 26-25 at halftime and then outscored Sylva-Bay 23-4 in the third quarter to open up an 18-point lead. The margin got as high as 23 points in the fourth quarter and the Eagles were never threatened.

Taylor, who was held to three points in the loss to Tunica, exploded for 12 points in the third quarter against Sylva-Bay. He also had six steals.

Selby also had 11 points in the second half. Laken Bradley finished with seven in the game and Nic Williams had five. Willie Rogers only had two points, but totaled eight rebounds and four steals.

“That was the best half we’ve played all year,” Hallberg said. “At halftime it was a one-point game, but we had locked them up man-to-man, full-court the whole first half and you could tell when (Sylva-Bay) went to the locker room that they were tired. We came out the second half and just put the hammer down. We rolled on and they couldn’t keep up with us.”

PCA’s last — and only other — trip to the Overall Tournament came in 2013 when it won the Class 1A championship. It went one-and-done, losing 53-50 to Parklane Academy in the first round.

They’ll be an underdog this time, but Hallberg said he and the Eagles certainly won’t approach it with that mentality.

“It’s going to be fun, don’t get me wrong, but we’re going there to win,” Hallberg said. “Of course we’ll be a huge underdog. We’re getting the 5A number one. It’s going to be a good team no matter who we play. It’s a tough draw for us, but anything can happen in a tournament game.”