Lady Vikes sweep doubleheader, get back to .500 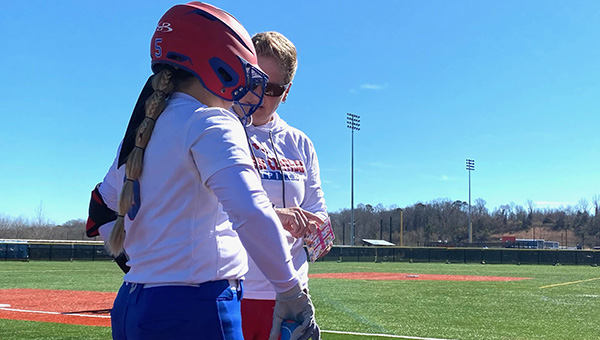 With a few hours of hard work, Warren Central’s softball team pulled itself back even for the season.

Abby Morgan pitched a complete-game shutout in a 5-0 win over Florence, and then Makayla Jackson, Tyra Bridges and Jenn Smith had three hits apiece as the Lady Vikes routed Brookhaven 14-2 to complete a sweep of a split doubleheader.

Warren Central (2-2) climbed back to .500 after dropping its first two games of the season. It had 18 hits combined in the two games, but coach Dana McGivney said the real key was defense. Warren Central only committed one error in each game after totaling nine in its two losses.

“We’ve been preaching since before the season that if we play better defense then the offense will come, and that’s kind of where we were today,” McGivney said. “We made maybe two errors, total, and look what happens — we score the runs and we win some ballgames.”

Morgan allowed six hits in the win over Florence, but struck out five batters and only walked two. She also hit an RBI double in the third inning,

Kayleigh Karel also had an RBI single, and Sarah Cameron Fancher drove in a run with a bases loaded walk.
The Lady Vikes had a much easier time with Brookhaven, scoring two runs in the first and then 10 in the second to turn it into a rout.

Smith went 3-for-3 with two RBIs and two runs scored, and Jackson was 3-for-3 with one RBI and one run scored. Bridges was 3-for-4 with three RBIs. Fancher scored three runs.

McGivney subbed out most of her starters for the last couple of innings of the run-rule victory, which allowed some younger players to get vaulable game experience.

“It lets us see if we need somebody, who can we bring in. It gives us more options to look at so we’re not limited to nine certain players,” McGivney said.