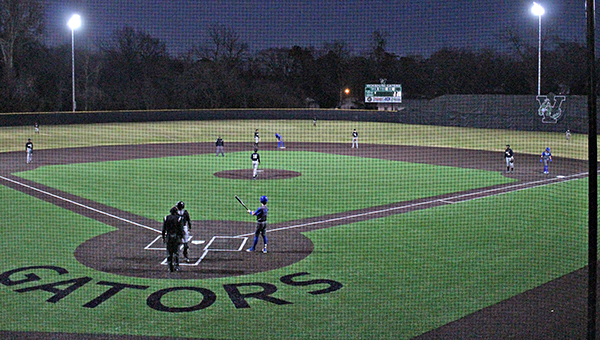 For most of my life I’ve been on a quest to catch foul balls.

I’ve never caught one on the fly, but have chased down a few in the stands. My first one was at a Mississippi State regional, and I’ve brought home two or three more from Mississippi Braves games. The Holy Grail of catching one at a major league game has eluded me, but considering it’s been almost a decade since I attended one that isn’t too surprising.

Chasing them down at high school games is fun, although it doesn’t really count since you have to return them. That might change this season. It looks like a lot of fans will have a chance at catching a foul ball and keeping it, whether they like it or not.

Vicksburg High opened its renovated Showers Field with a pair of games this past week. It’s a long-awaited and lovely facility, and will look even better once the outfield grass grows in.

Unfortunately, there is a big design flaw that needs to be fixed as soon as possible.

The netting around home plate is high enough to protect fans at the field, but not high enough to stop every ball. During Monday’s home opener against Porter’s Chapel Academy at least a half-dozen foul balls easily sailed up and over the roughly 25-foot-tall net, and when they did the stadium’s small footprint was not able to contain it.

Showers Field, you see, is located at the bottom of a hill adjacent to Memorial Stadium and a busy city street. On Monday, Vicksburg’s track team was holding a late practice at the football stadium and had to dodge several foul balls like soldiers scattering from incoming mortar rounds.

Several other balls went over the net directly behind home plate and bounced through the open stadium gate and onto Lee Street. It was hard to tell where they stopped, but they looked to have enough juice to reach the parking lot of City Pool across the street.

Normally, I have little sympathy for people who park too close to the field and wind up with a broken windshield. Savvy fans know that it’s better to walk an extra hundred yards than play the foul ball lottery.

At Showers Field, however, it only seems like a matter of time before someone catches a ball upside the head through no fault of their own. Whether it’s an athlete on the track, someone parking at what seems a safe distance, or a hapless driver just rolling down Lee Street, somebody is going to get clobbered eventually.

It’s not just a risk you take, it’s a serious safety issue. Hopefully it’s one that can be fixed.

Vicksburg Warren School District athletic director Preston Nailor said the random trajectory of foul balls means there is no foolproof way to keep them inside the ballpark, but there are plans to examine the problem find a solution as soon as possible.

Until then, if you’re heading down Lee Street and see the stadium lights on, look out. You might wind up with a souvenir whether you want it or not.