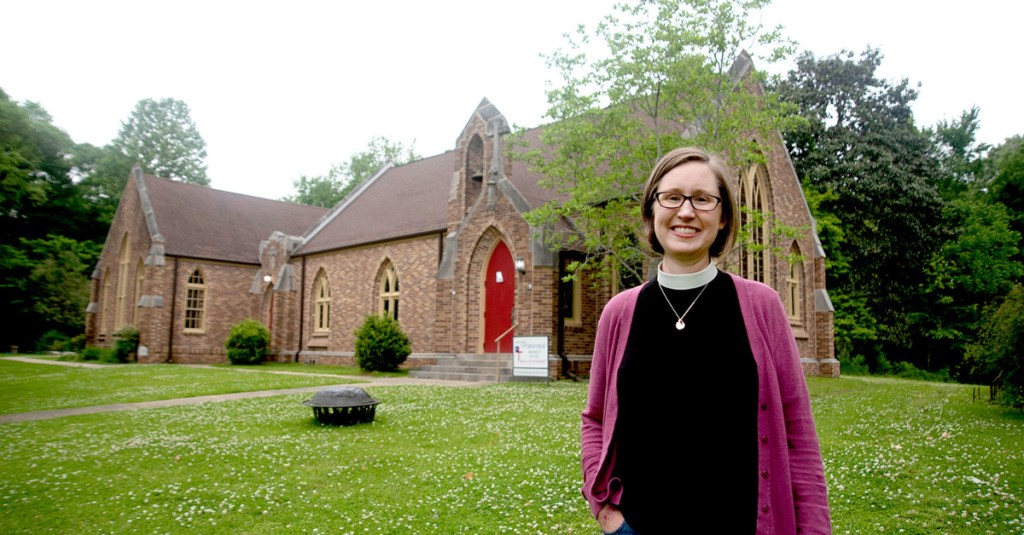 The Rev. Elisabeth Malphurs, rector of St. Alban's Episcopal Church in Bovina, will hold a Lenten program, "Faith & Science," a supper program to discuss the relationship between faith and science. (Photo by Courtland Wells | The Vicksburg Post)

Can faith and science co-exist in the world?

It’s an age-old topic that has sparked debate between people in the faith community and those who work in the scientific disciplines, especially in the wake of advances that raise new questions about the earth’s formation and survival and advances that can prolong human life or create it.

It’s also the topic of a Lenten program at St. Alban’s Episcopal Church in Bovina from March 9 through April 6 from 5:30 to 7 p.m. Each session will address a different topic.

Church rector the Rev. Elisabeth Malphurs said the idea for the program came from an interesting source.

“The (U.S. Army) Corps of Engineers is here and we have ERDC (the U.S. Army Engineer Research and Development Center); we have a lot of people who work for the Corps or who either retired from ERDC, or works at ERDC or one of their relatives does,” she said. “So I found myself surrounded by a lot of scientists and engineers.”

But there was another reason, Malphurs said.

“It has a lot to do with whether people stay in the church; whether they participate in church, especially young adults — whether or not they choose to stay in a faith tradition and how they feel their faith tradition reconciles the question of faith and science,” she said. “I’ve wanted to do this for a while. I think it’s really critical today, especially to young people and keeping young people in the church and to demonstrate you can be a person of science and a person of faith.”

She said the program will draw from several sources for study. Two sources are the book “Faith and Science in the 21st Century: A Postmodern Primer for Youth and Adults,” by Peter Wallace, which features the comments of eight theologians speaking on science.

Another source is “Why Science and Faith Need Each Other” by Elaine Howard Ecklund, a Rice University sociologist who performed research involving how people addressed the topics of science and faith.

“We’re going to have small tables, 5 to 6 people at a table, and serve a light supper and an introduction to each session,” Malphurs said.

The first session will be on faith and science: are they in conflict or is there a possibility for cooperation and collaboration, she said.

The second session will address creation and evolution “and how we reconcile those if we are believers, and we’ll also look at the bias.

“We’ll go around the table to discuss our own thoughts on some of these questions and how we see these ideas fitting together or maybe conflicting; where the extension is,” Malphurs said.

She said she sees confusion in younger people like her children who learn about science in school and ask questions about scientific developments and issues, but see the church is slow or reluctant to respond to issues resulting from the advances of science.

“I think sometimes the church is scared to get into some of the current issues that relate to science,” Malphurs said. “I think sometimes the perception is that these two worlds (faith and science) don’t go together and you have to pick one rather than we can be people of faith who can engage (in a discussion about science).

“I want to be open and curious and able to listen to what scientists are telling us about the world and also hope we are open to the idea that faith has something to tell us about how we use all the knowledge that scientists discover.”

She said the church needs to respond to the cutting-edge questions on science and around genetics — especially how genetics are changing what is possible at the beginning of life and how to treat chronic illness.

“If we’re not willing to wrestle with those kinds of questions in church, I think we’re going to lose more young people who are engaging those questions,” she said.“I’m hoping we’ll look at a general overview of what is the interaction between faith and science and we see a role where they’re in conversation with each other and where they are useful dialogue partners with each other, and then we’re going to take one session to look at creation and evolution.

“I’m envisioning one session on the question of genetics because that is on the cutting edge field of science right now and then another (discussion) on the questions of life or death,” she added. “Science is telling us more about the beginning of life and there are certainly more ways prolonging life toward the end of the human lifespan but science doesn’t tell us how to make the ethical decisions that come with having that knowledge and that’s the place of religion to help us with that.”