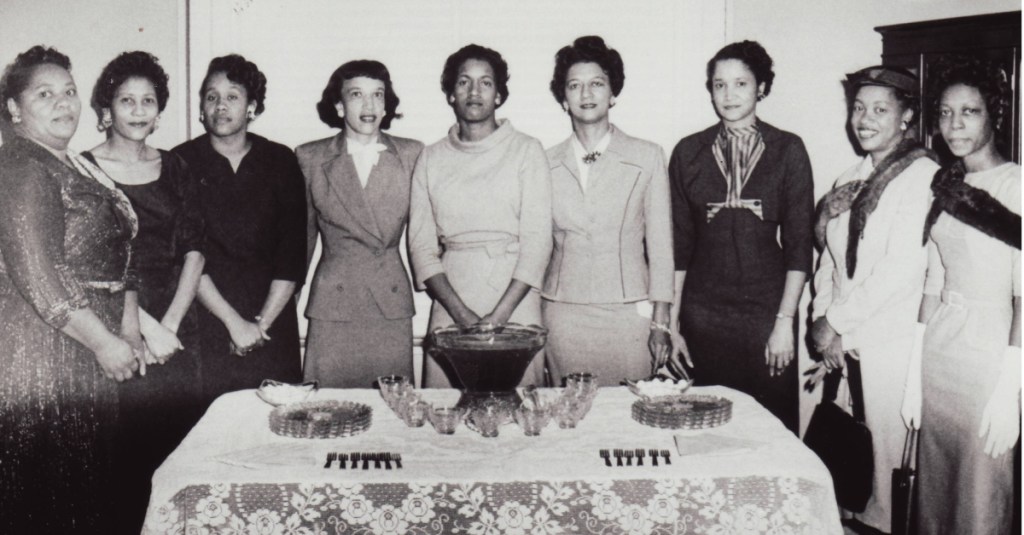 Literary and civil rights luminary Margaret Walker kept a diary for much of her 83 years.

Within the 13,000 handwritten pages of her personal papers archived in the Margaret Walker Center at Jackson State University, Walker wrote prodigiously about her days, chronicling events both memorable and mundane.

Walker wrote about her feelings the night Dr. Martin Luther King Jr. was assassinated. She wrote shopping lists and what she planned to serve guests at Thanksgiving. She wrote about cooking and food so often that the exclusion of one recipe is curious. Nowhere to be found, says Dr. Robert Luckett, who has served as director of the center since 2009, is the New Orleans native’s signature dish.

“I’ve spent a lot of time in those journals, [and] the one thing we can’t find at all is a recipe for what was her very famed gumbo,” Luckett said. “She would have these remarkable dinner parties [for] world-renowned people, authors, writers. Many of them I’ve been lucky enough to get to know would all talk about her gumbo. She would very famously have this pot of gumbo ready on the stove for people as they came and entered her house, writers like Sonia Sanchez and Nikki Giovanni.”

On Feb. 26, Luckett will present a lecture titled “Margaret Walker: Food, Fellowship, and Forms of Activism” at the Catfish Row Museum in Vicksburg. The event is the first of seven programs in the museum’s Food For Thought series, which will include hands-on workshops, curatorial events and panel discussions centered around local foodways, telling stories that cross barriers and borders and show how food, class and ethnicity intersect in the South.

Walker’s legacy largely rests on her two best-known works — “For My People” in 1942, winner of the Yale Series of Younger Poets award, and the novel “Jubilee” in 1966, which created a literary space for future works like Toni Morrison’s “Beloved.” Walker may not have been as prolific in publishing as some of her contemporaries, as two decades passed between the publication of the major bookends in her writing life, but in the intervening years, she blossomed into the roles of provider, instructor and activist spanning the years before, during and following the Civil Rights Movement.

Relocating from Chicago to Jackson in 1949, Walker took an instructor position at Jackson State University, where she would teach and mentor students for 30 years and establish one of the first Black studies programs. In 1968, she created the center now bearing her name as the Institute for the Study of the History, Life, and Culture of Black People, an archive and museum dedicated to the preservation, interpretation and dissemination of African American history and culture.

“During that time, she turned her attention to the mentorship and the lifting up of new generations of writers and artists, and intellectuals and activists, and dedicates that time to being here in Jackson, Miss.,” Luckett said. “Some of these more famous people that we know today looked to her as a person who connects a younger generation of writers like the Toni Morrisons of the world to the older generation of Langston Hughes.”

Walker’s home became a welcome landing place for Black intellectuals and activists, and food was always in the mix. Among those frequent houseguests were Medgar and Myrlie Evers, who were neighbors to her family on Guynes Street in Jackson, now known as Margaret W. Alexander Drive in her honor.

“While Margaret even would’ve been reluctant to describe herself as a civil rights activist, there’s no doubt that what she was doing was activism,” Luckett said. “You found a Black studies institute in Jackson, Mississippi in 1968, the same year Dr. King is assassinated three hours up the road in Memphis; that is an activist statement.”

Her journals from this time show how she used food to foster conversation and mentorship around her dinner table. Scribbled in cursive writing, she detailed recipes for her cheese straws, Boston brown bread, maple nut cake and a salad made with dates, cabbage and pineapple. She talked about hog killings and how each part of the animal would be used for the meal.

“She was very intentional about that; she knew what it meant,” Luckett said. “She recognized that what she was doing, that what she was serving, the people she was bringing around the table, that it had a larger context, even if she may not have called it activism.”

In his program, Luckett will discuss the role food played in Walker’s personal and public lives, her relationships with Civil Rights leaders and how even during times of upheaval — such as the Covid pandemic of the past two years — food is necessary not only for sustenance but also for fellowship.

“She was overwhelmingly busy, but no matter what, in the midst of your day, you make time to eat,” he said. “It may not always be in the same type of communal fashion, but I like to think of something like Margaret’s gumbo as her stockpot in the kitchen, on the stove with the roux going, the type of thing that you cook and you leave over the course of days, to get the best possible gumbo that you can and something that’s there that you continuously serve yourself from.”