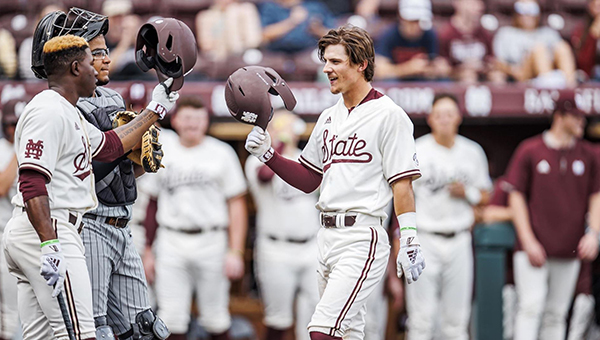 STARKVILLE — Mississippi State was a little slow out of the gate on opening weekend, but it didn’t take long for them to start sprinting like a champion.

Tanner Leggett homered for the second game in a row, Luke Hancock had two hits and two RBIs, and the Bulldogs crushed Arkansas-Pine Bluff 17-1 in a midweek baseball game Tuesday afternoon.

Mississippi State (2-2) has scored 29 runs in its last two games after totaling three in two losses to Long Beach State to start the season.

The Bulldogs scored eight runs in the bottom of the first against UAPB (0-4) — all with two outs — and wrapped up the game in seven innings via the mercy rule. They scored in five of the six innings in which they batted, and totaled 17 runs on 13 hits and three walks.

After the first two MSU batters were retired in the first inning, the next 10 reached base. Hancock and Logan Forsythe each delivered two-run singles, two batters walked and two more were hit by pitches.

Leggett drove in a run with a fielder’s choice in the third inning and led off the fifth with a solo home run. The former Central Hinds Academy star finished 2-for-3 with the homer, a double, three RBIs and two runs scored. 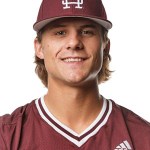 Davis Meche added a solo home run during a four-run rally in the sixth inning. Leggett also hit an RBI double and scored on a two-run single by Brayland Skinner.

Jackson Fristoe started on the mound and earned the win by allowing one run in four innings. He struck out six and walked none. Andrew Walling and Pico Kohn followed him with three scoreless innings out of the bullpen. Kohn had three strikeouts in two innings of work.

The start of Tuesday’s game was moved up to 11 a.m. because of the threat of severe weather across Mississippi in the late afternoon and evening hours.

Mississippi State is scheduled to return to action Friday, with the opener of a three-game series against Northern Kentucky at Dudy Noble Field in Starkville. Game times have not yet been announced.