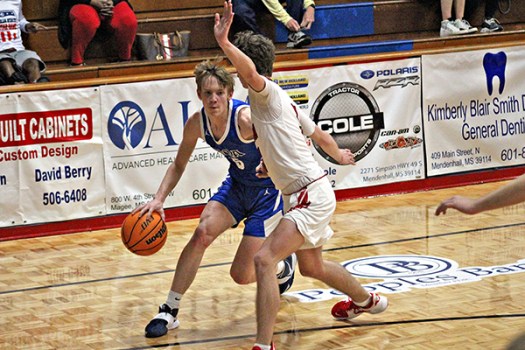 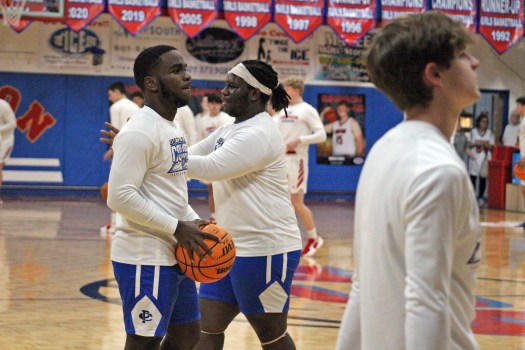 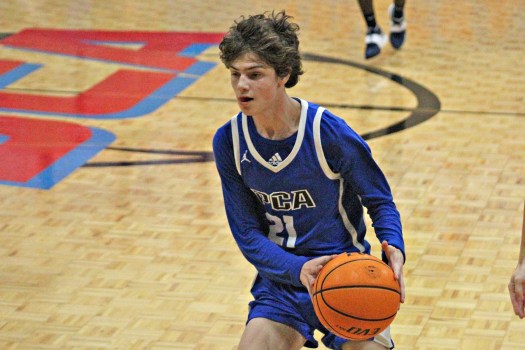 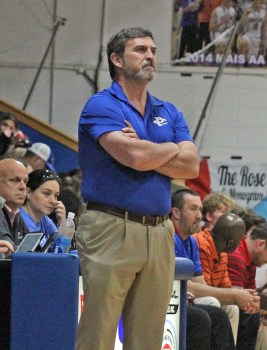 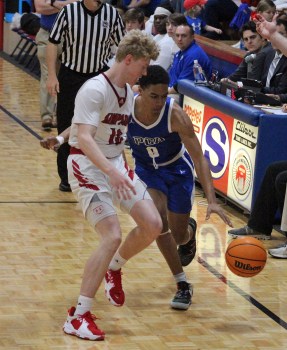 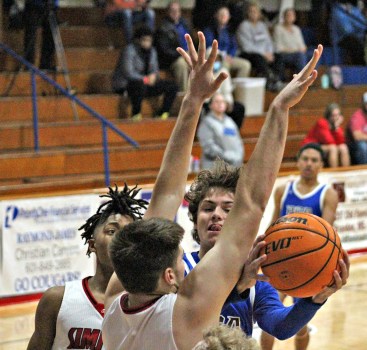 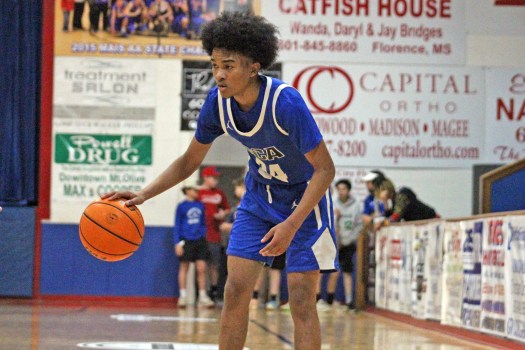 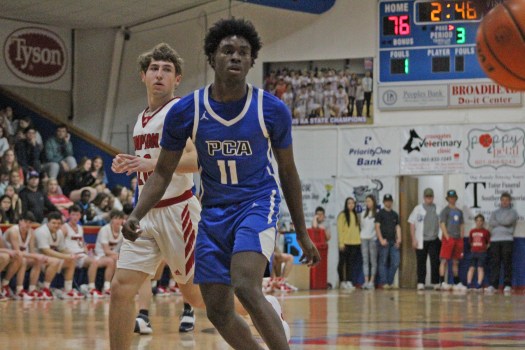 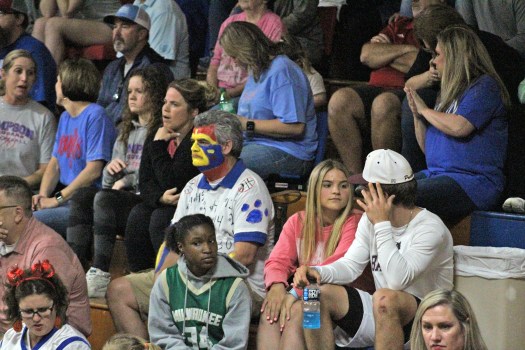 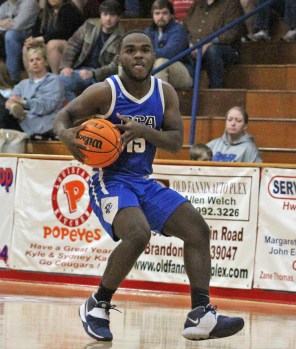 MENDENHALL — The big stage of the MAIS Overall Tournament was not too much for Porter’s Chapel Academy to handle.

Simpson Academy, on the other hand, was.

Gage Smith made three 3-pointers in the opening minute of the game, and the MAIS Class 5A champions scored 42 points in the first quarter as they made quick work of Porter’s Chapel, 93-35, in the first round of the MAIS Overall boys basketball tournament on Wednesday.

Simpson Academy (31-5) advanced to the second round to face Jackson Academy on Saturday.

“When you make seven 3s in one quarter and only miss two shots in one half, it’s hard to stay with that kind of offense,” PCA coach Walter Hallberg said. “Nothing worked from the get-go. It started going downhill quick and it never came back.”

Smith finished with a game-high 19 points and got Simpson off to a fast start with his early 3-point barrage. Those were part of a 25-0 run for Simpson to start the game.

PCA did not score until Nic Williams made a long jumper with 4:15 left in the first quarter, and its only other basket of the period was a putback by Willie Rogers with 1:50 to go. Simpson led 42-4 at the end of the first quarter, then started the second with another 14-0 run, and was ahead 67-15 at halftime.

“It was very hectic. Everything we tried to do, they had an answer for,” said PCA senior forward Tyler Washington.

With the outcome decided early, and any dreams of an upset they might have had long gone, Hallberg said he tried to tell his players to have fun and not dwell on the final game of their season.

It was good advice, considering all that this team accomplished.

PCA (22-14) nearly doubled its win total from last year. It reached the state tournament for the first time since 2013, and then won two games there to finish third and reach the Overall Tournament for only the second time in school history.

“We had a losing record last year. Didn’t make it out of the district tournament. And then I think we ended up with the second-most wins in school history, the second team to make it to the Overall Tournament … even at the end of the first quarter I told them we’ve had too good of a year to be defined by one game. So just go out there and play hard,” Hallberg said. “This game is what it is. It’s not set up for the small schools. It’s set up for the big schools to make it to the finals. We had a good year and just focus on that.”

Four seniors — Taylor, Rogers, Washington and Williams — finished their high school careers on Wednesday, but several starters and key reserves are returning next year. That should keep the Eagles from being a one-hit wonder, Hallberg said.

“I don’t think this is going to be an every-10-year thing,” Hallberg said. “We’ve got some stuff to build on. We’ve already got calls from people who have seen what we’ve done this year and want to be a part of it. So the future looks good. I don’t think we’re going to take a step back. We’re going to stay right where we are.”

Coincidentally, Wednesday marked the ninth anniversary of Porter’s Chapel’s 2013 Class 1A championship — the only one the boys’ basketball team has ever won.

As time goes on, Hallberg said, these Eagles might be remembered as fondly as that group is.