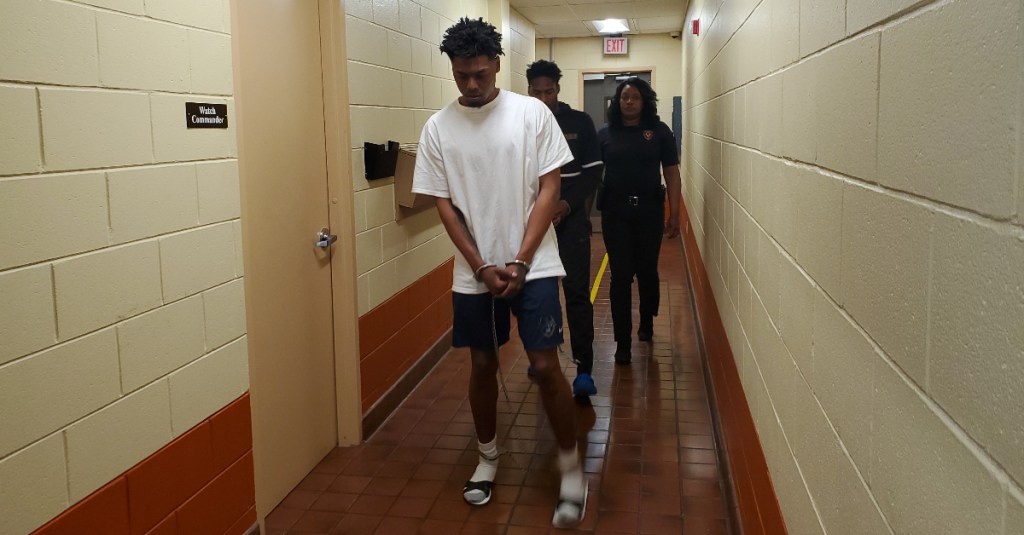 Vicksburg Police Chief Penny Jones escorts Jordan Harvey (in white shirt) and Christopher Henderson Jr. to their initial appearance. They are accused in the death of Reginald Rogers Jr. (Photo by John Surratt | The Vicksburg Post)

“The Vicksburg Police Department is pleased to announce the arrest of Christopher Henderson Jr. and Jordan Harvey for the shooting death of Reginald Rogers Jr.,” Police Chief Penny Jones said.

She said the pair were arrested in Wiggins with the assistance of Wiggins police, adding the men had been staying in Wiggins. Henderson, 20 of Vicksburg, and  Harvey, 19 of Canton, appeared in Vicksburg Municipal Court on Friday.

Both men were charged with murder. Judge Penny Lawson set each of their bonds at $1,000,000. They were bound over to the Warren County Grand Jury.

According to police reports, 20-year-old Rogers was shot and killed on Jan. 26, in his driveway on National Street.