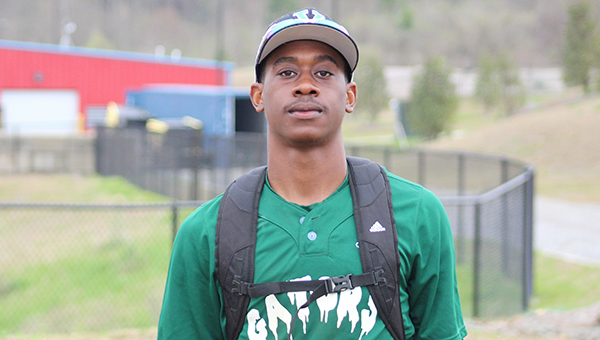 Vicksburg High baseball player Rashad McCroy was 4-for-5 with two RBIs and two runs scored in a 14-9, come-from-behind win over Murrah on Saturday.

(Editor’s note: An earlier version of this story contained incorrect information. The Vicksburg Post apologizes for the error.)

The Vicksburg Gators let a big early lead slip away. Then, they stole it back — with authority — before it was too late.

Decedric Brown hit a go-ahead, RBI triple and the Gators scored eight runs in all in the top of the seventh inning as they surged past Murrah 14-9 on Saturday.

Connor Harrigill was 3-for-4, scored four runs and drove in one, while Menser Minor had three hits and an RBI.
Vicksburg (3-2) jumped in front 5-1 through 2 1/2 innings, but Murrah scored six times in the third to take the lead. The Mustangs sent 10 batters to the plate and had four hits and three walks in the big inning. Aaron James added an RBI single in the fourth to put Murrah ahead 8-5.

The Gators got one run back in the fifth inning with an RBI groundout by Bass, and then surged ahead to stay in the seventh.

The first three batters reached base, and two scored on sacrifice flies to tie it at 8. Brown then tripled and scored on a hit by Kaleb Doss to put the Gators ahead 10-8, and the floodgates opened in earnest.

Two batters were hit by pitches with the bases loaded and McCroy delivered an RBI single to cap the inning. In all, 13 batters came to the plate and six of them got hits.

Murrah clawed back one run in the bottom of the seventh, but that was all.

Vicksburg finished with 15 hits in the game. Mickell Jones, the third of four pitchers the Gators used, earned the win with two innings of scoreless, hitless relief.

Vicksburg will begin its Region 4-5A schedule Tuesday, at home at newly-renovated Showers Field, against Jim Hill at 6 p.m.