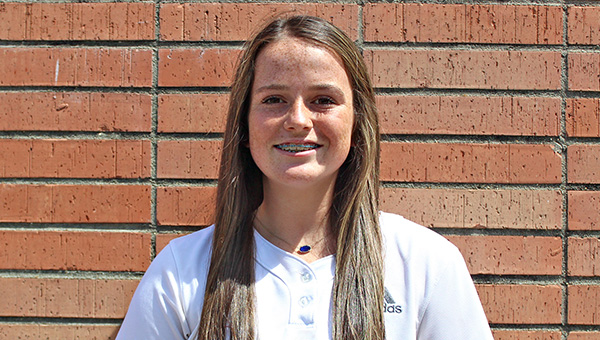 Warren Central softball player Lola Crozier had three RBIs in a 14-1 win over Grenada on Saturday.

Warren Central’s softball team extended its winning streak and had it end in the same day.

The Lady Vikes erupted for 13 runs in the last two innings to rout Grenada, 14-1, in their first game at the Germantown Tournament on Saturday. A few hours later, however, the Lady Vikes’ five-game winning streak was ended with a 7-2 loss to the tournament hosts.

Lola Crozier drove in three runs in the win over Grenada, and Sarah Cameron Fancher had a double, RBI and three runs scored. Abby Morgan pitched a six-inning complete game and struck out 10 while allowing one run and no walks.

Warren Central (5-3) only had four hits in the game, but scored five runs in the top of the fifth inning to take a 6-1 lead and then really blew it open with eight more in the sixth.

An error, three walks and a hit batter helped spur the fifth-inning rally along. Two errors got things rolling in the sixth, and Grenada committed three more over the course of the inning. Fancher had an RBI double and Crozier a two-run single during the rally.

The good times ended soon after, however, as Germantown took care of the Lady Vikes in their second game of the day.

Addison Lindley doubled and drove in two runs for Germantown (5-2), Meg Glasgow also had two RBIs, and Kaleigh Stevenson was 2-for-4 with two runs scored. The Lady Mavericks scored three runs in the bottom of the first inning and four more in the fourth to take control.

Morgan drove in a run with a groundout in the top of the first inning for Warren Central, and Fancher brought in the other with a bases loaded walk in the fourth.

Warren Central will play two road games next week, at Clinton on Tuesday and Florence on Thursday, ahead of its Region 6-6A opener March 8 at home against Pearl.