Sports column: Technology offers more than one way to cover a game 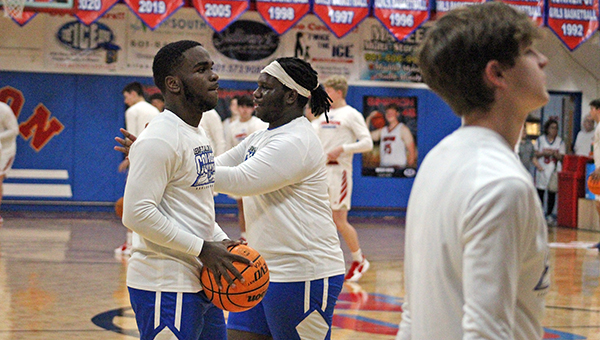 Last weekend, the sports scene in Warren County posed a bit of a conundrum for The Vicksburg Post’s sports staff.

On opposite sides of the state and a couple hours away each, Porter’s Chapel Academy and Vicksburg High were playing basketball playoff games. Here in Vicksburg, there were a couple of softball and baseball games. In Madison, Warren Central was playing a big early-season baseball game against defending MHSAA Class 6A champion Madison Central.

In addition to all of that, it was college baseball’s opening weekend and a busy college basketball day as well. And that’s just the sports side. Our news staff was also doing a tremendous job of covering a weekend crime spree in town.

We can only be in so many places at once, so how do you handle that kind of schedule when cloning and teleportation are still decades away?

The answer, amazingly, was to sit at the kitchen table.

Modern technology allows us to be more connected than ever, and it filters right on down to covering the news. As the afternoon games wrapped up and the evening games began, I felt like an intelligence analyst sitting in front of a laptop flipping from one information source to another.

I found a livestream to cover one of the basketball games remotely. During timeouts, I took notes from a scoring app used by a number of teams to pull together the softball and baseball game stories.

A Twitter feed here, a text message there. Augment one story off the Associated Press wire and compile three others with raw information and quotes provided by our various state colleges. Sprinkle in a postgame phone call to coaches for some additional information, and it all came together.

Within a few hours we had a half-dozen stories posted to our website vicksburgpost.com and a comprehensive online supplement to the weekend section — all without leaving the house. We also had enough material to repackage much of it with different story angles for our print subscribers a few days later.

It’s never as good an approach as covering a game in person, of course. You’d always rather be there to pick up the nuances of a game, or just to ask an extra question or two.

I’d also much rather do my own legwork than piggyback off of others. Covering games remotely requires cooperation from a lot of different people, some of whom aren’t even aware they’re helping you.

Sometimes, though, it is the best way to spread resources around — and one that was not available even 15 years ago.

Early in my journalism career sports writers often beeged coaches for an office and a phone line to transmit a story. I once sweet-talked my way into a convenience store clerk in South Jackson allowing me to use their store phone to connect to a dial up server to email a story, and have sat in parking lots poaching more coffee shop and fast food Wi-Fi signals than I care to count.

And now here we are, at the point where we can literally monitor six games at once in real time, and post an accurate story moments after the final buzzer in some cases.

Maybe we don’t need cloning and teleportation after all. Not when a strong Wi-Fi signal and a screen can take you all around the world.