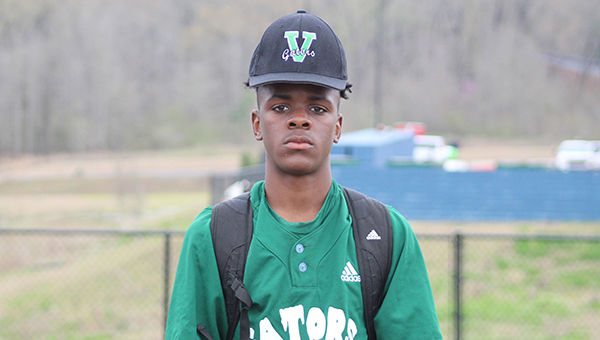 After a sluggish start to the season, Vicksburg High’s baseball team is starting to score runs in bunches.
It’s starting to win games that way, too.

Chris Green doubled twice and drove in six runs, Rashad McCroy went 3-for-4 with one RBI and two runs scored, and Vicksburg beat Jim Hill 21-11 in its MHSAA Region 4-5A opener on Tuesday.

The Gators (4-2) won for the third time in four games. They scored three runs in their first two games of the season, and have totaled 48 runs in the next four.

The Gators scored in every inning of Tuesday’s six-inning, run rule shortened game. The had 13 hits, but were helped just as much by 16 walks from Jim Hill’s pitchers. Every Vicksburg starter walked at least once.

Despite the offensive fireworks, Jim Hill kept pace for a while. Jacarius Wilson went 3-for-4 with two doubles and four RBIs to help the Tigers take an 8-6 lead through three innings.

In the bottom of the fourth, six of Vicksburg’s first seven batters walked to help bring in five runs. Green drove in another with a sacrifice fly and McCroy capped a big inning with an RBI single that put the Gators ahead 14-8.

Vicksburg and Jim Hill will play again Friday at 6 p.m. in Jackson.

Pitre also pitched four innings of relief, allowed one run and had seven strikeouts. Tristan Wilbanks pitched the last two innings and did not give up a run to earn the victory. He had four strikeouts.

Adam Francisco led off the seventh with a double. He was out at third on a bunt attempt, but Winona Christian elected to load the bases with a pair of intentional walks. Trace Daily then hit a grounder to second that Winona could not turn into an inning-ending double play and Smith scored the winning run.

St. Al will have the weekend off and return to action next Tuesday night at Madison-St. Joseph.

Todd Etheridge hit a solo home run in the third inning for Tallulah’s only run.

Dee Morgan had eight strikeouts in five scoreless innings pitched for the Trojans (2-3). Shaw Lancaster matched him, striking out 10 batters while allowing only two hits and one walk in five innings.