Looking Back: ‘Most Advantageous Opportunity’ birthed at 1413 Walnut St. 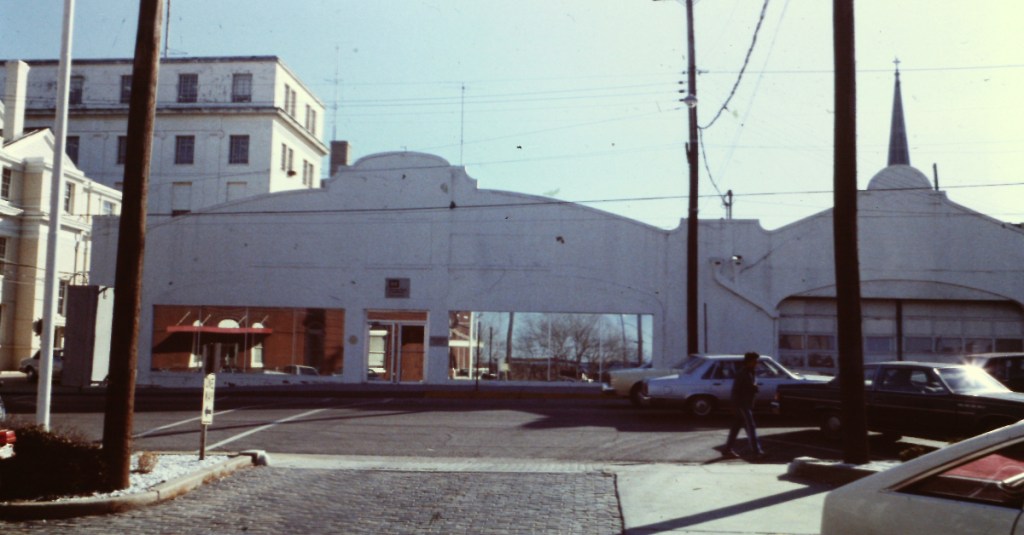 The building that is now known as the Robert M. Walker Building began as an automotive garage. (Photo Submitted)

The left half of this pair of buildings was designed by architect M.J. Donovan and was constructed in 1921 at 1413 Walnut St.for E.H. and B.T. Porter, Porter Brothers Garage.

The Porter brothers had grown up in Vicksburg but had moved to Macon, Ga., where they owned an automobile supply business.

The Vicksburg Post reported in March 1920 that “the popular young men finding a most advantageous opportunity to dispose of their business interests there, have sold out and intend to enter the same line of business in this city. The Messrs. Porter state that they intend to either sell the old family residence on Walnut Street, adjoining the city hall, or if a suitable price cannot be secured, will tear it down with the intention of erecting on the site a modern and up-to-date building for the sale of auto accessories and to store cars.”

The brothers ended up tearing down the house and lowering the lot to street level in June 1920. After the lot was leveled, the brothers loaned it “to the ladies in charge (of a fundraiser) and upon this site, a handsome stage will be built for the Vaudeville show of the ‘Sultan’s Own’ Theater. This will be built by R.B. Boult, who has generously contributed his services from the worthy cause.

Two prominent men are to engage in a Greco-Roman wrestling match but the management don’t (sic) want their name mentioned yet for fear Loew will get them to sign a contract before the local show is given.”

The garage opened on Jan. 18, 1921, and it was described in the Post “as one of the prettiest places of business in the city. With ample storeroom, well lighted and every convenience for the care of cars, the new firm is sure to prosper from the start and entirely without solicitation, numbers of their friends have already spoken for floor space and expressed their intention of patronizing the progressive young firm.

“The building which is one-story is complete in every detail and with ample glass window space, the enormous building is well lighted throughout. The front part of the building is occupied by a most compact set of offices and display rooms… all of the woodwork in the offices and display rooms is of highly polished hardwood and the pretty glass doors and brass fittings are a delight to the eye. The firm will sell Diamond tires and will keep a large stock of these as well as all other auto accessories constantly on hand.

“In front of the building are two of the latest visible gasoline tanks, each with a capacity of 550 gallons and the pride of all the establishment is the very newest air and water stand, operated by an electrically driven motor, absolutely automatic in its operation.”

The addition on the right was built sometime after 1925. By 1937, the property housed Neill’s Auto Storage Garage and then by 1959, it was used by the U. S. Corps of Engineers Automotive Equipment Section. In 1962, White Stores was housed in the buildings, selling appliances, televisions, auto accessories, sporting goods, cameras, paints, hardware and garden supplies and performing wheel alignments.

GUIZERIX: A 10-episode milestone and only going up from here

ON THE SHELF: Adult Nonfiction for the educated and introspective