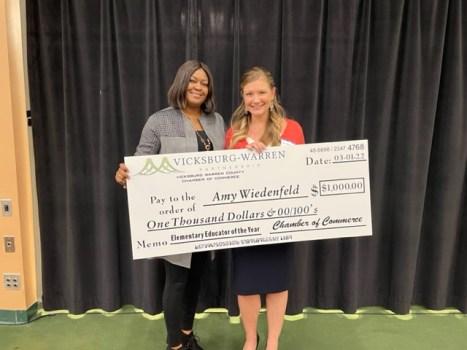 The 2022 Elementary School Teacher of the Year winner is Amy Wiendenfeld. (Photo by Vera Ann Fedell) 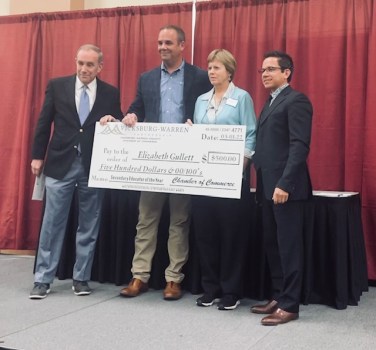 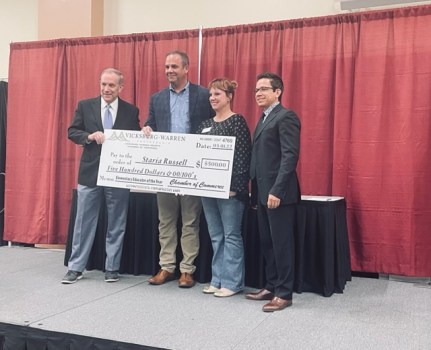 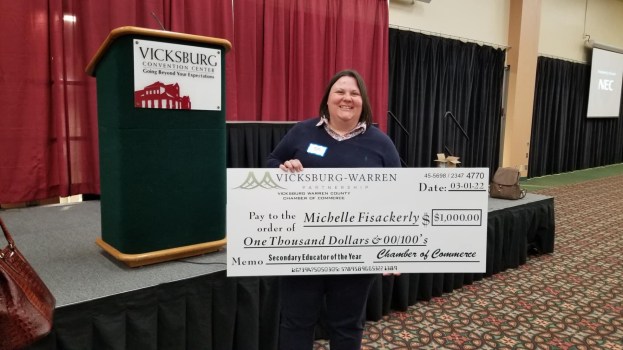 The 2022 Secondary School Teacher of the Year is Michelle Fisackerly. (Photo submitted)

During the Vicksburg-Warren County Chamber of Commerce luncheon on Tuesday, the 33rd annual Educator of the Year award winners were announced.

The winners in the elementary and secondary categories each received $1,000 from Ameristar Casino. The runner-ups in each category received $500 from Mutual Credit Union.

“I was surprised and excited. I haven’t been with Vicksburg Warren School District for very long. But here at Dana Road, we work hard and have a great team so it’s an honor,” Wiedenfeld said.

Weidenfeld said that she was not only excited for herself, but also for her school.

“It takes a village to help all the little ones succeed and Dana Road is really a family,” she said. “It was exciting for myself but also for the school since we all work so hard.”

She spoke about how the success of Dana Road is the teamwork that comes from her colleagues and administrators.

Weidenfeld said she does not have any crazy plans with her cash prize. She told her students that if she won Teacher of the Year, then they would be the class of the year.

“My students wanted to get a Lamborghini, but I told them that may not happen,” she said. “However, I do plan on getting my students some playground equipment, such as a soccer ball.”

Fisackerly said that when she returned to the school, her students were excited that she won and even had a little parade for her.

“There were so many great teachers, and it was great to be standing beside one of my good friends, Shanda Banks-Dixion from Vicksburg Junior High School,” Fisackerly said. “I’m very humble about this. I didn’t start teaching for the Teacher of the Year award. I teach because of my students, and if it wasn’t for them I wouldn’t be here.”

She said some of her former students were also standing onstage with her during the Chamber luncheon.

“I had two former students up there with me, Tori East from Bovina Elementary and Jazzlyn Harris from South Park Elementary; I had taught each of them at some point in time. Those are the moments that make you teach, because you get to see how your students grow,” she said.

Fisackerly said she plans on using the money for a personal vacation and maybe having a little surprise for her students.

“I haven’t decided yet what the surprise for students will be, but I wanted to get them a little something,” she said.