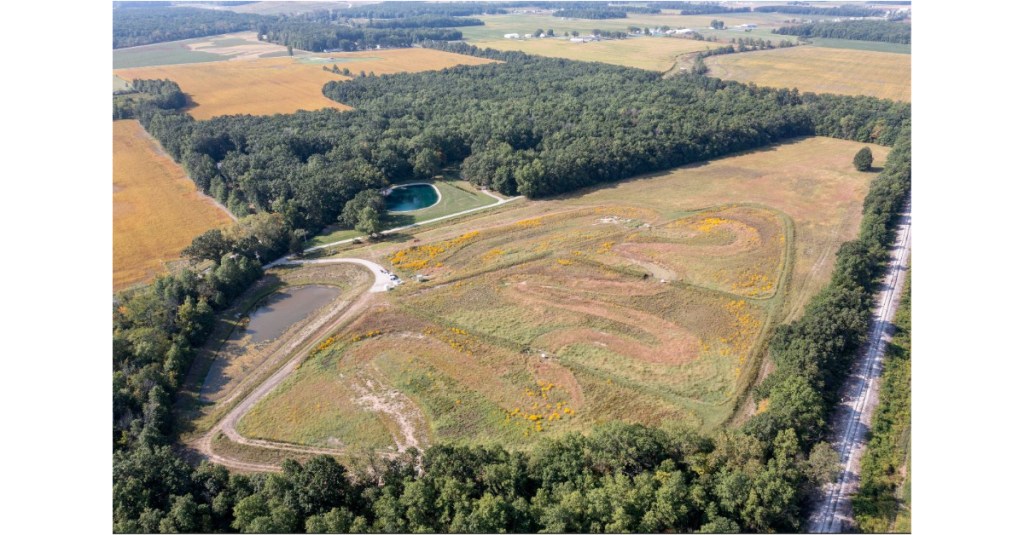 The U.S. Army Engineer Research and Development Center (ERDC) and the U.S. Army Corps of Engineers (USACE) Buffalo District are collaborating with the U.S. Environmental Protection Agency (EPA), the U.S. Geological Survey (USGS) and other federal and state agencies to find solutions to water quality issues in the Great Lakes.

“The Great Lakes has a nutrient problem that is decreasing water quality,” said Dr. Jacob Berkowitz, a research soil scientist in the ERDC’s Environmental Laboratory. “Harmful algal blooms (HABs), which have been linked, in part, to excess phosphorous, are causing major issues.”

According to the EPA, a collaborating agency on this project, “HABs are overgrowths of algae in water. Some produce dangerous toxins in fresh or marine water, but even nontoxic blooms hurt the environment and local economies.”

HABs are caused by cyanobacteria — or blue-green algae, a nuisance species — and it impacts human health and safety, fish and wildlife, water supply, reservoir operations and recreation. The city of Toledo, Ohio, was cut off from drinking water access for more than two days in 2014 due to a toxic HABs event in Lake Erie.

There is an abundance of farmland around the Great Lakes, meaning there are fertilizers and other chemicals that are used on crops. These chemicals, including phosphorous, seep into groundwater and eventually wind up in the Great Lakes.

“EPA is excited to collaborate with USACE and the USGS on this GLRI project — a project that has been several years in the making,” said Chris Korleski, director of EPA’s Great Lakes National Program Office. “This partnership allowed us to put an innovative idea into action, and as we monitor the site over the next five years, we will develop a better understanding of how phosphorus can be retained on the landscape and kept out of Great Lakes tributaries and the Great Lakes themselves, including Lake Erie.”

Researchers are looking at the possibility of using wetlands to decrease nutrient loading in the Great Lakes, particularly Lake Erie. However, some research suggests that wetlands soils have a limited capacity to retain phosphorous.

In some cases, in situ soils — those soils that are in their original condition, may not have the capacity to retain additional phosphorous or may be potential phosphorous sources. In these cases, management strategies to address soil phosphorous saturation are required.

“Right now, Lake Erie is having kidney failure. With the Great Black Swamp drained and few wetlands available to filter agricultural runoff, excess fertilizers are concentrating right in the lake. It’s a big problem, and solving this issue will take a team of teams,” said Lt. Col. Eli Adams, commander of the Buffalo District. “So, we’re partnering with local and federal agencies in forums like the Western Lake Erie Basin Partnership. We’re also leveraging ERDC and collaborating with them on this demonstration project. It has huge potential benefits not only for the health of the Maumee River Watershed, but for communities whose residents and economies depend on the Great Lakes for a clean water supply.”

Currently, research is looking at soil phosphorous storage capacity (SPSC), which was developed to estimate the capacity of soils to operate as phosphorous sinks. SPSC utilizes extractable phosphorous, aluminum and iron. It provides a relative measure of phosphorous dynamics and is inexpensive and rapid compared to other methods.

“We are looking at the best way to use wetlands in excess nutrient, especially phosphorous, sequestration,” Berkowitz said. “Soil characteristics determine the capacity of wetlands to sequester phosphorous; however, soil sampling protocol to document SPSC for constructed wetland siting has not been developed.”

The ERDC is evaluating results from an SPSC for wetland best management practices development. To date, 79 soil samples taken from eight locations have been analyzed for SPSC. Coastal and inland sample locations were identified by local project partners.

The next phase of the project will be to begin testing at a 25-acre test site built in Defiance, Ohio. While the site is up and running, it will not be fully operational until spring 2022.

“We’ve seen that most locations sampled contained phosphorous storage potential,” said Berkowitz. “The SPSC method has proven useful for evaluating soil phosphorous sorption dynamics, is relatively expedient and inexpensive and can be applied in multiple capacities.”