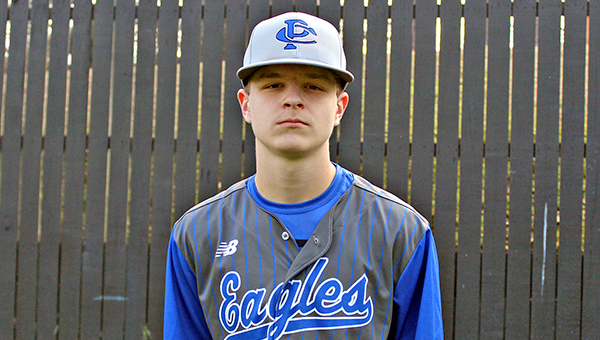 No lights, no problem for Porter’s Chapel Academy.

After two games marked by a blown transformer and a shattered light bulb, the Eagles played in broad daylight and defeated Park Place Christian Academy 7-5 on Thursday afternoon.

Taylor Labarre did a little of everything to lead the Eagles to their fourth consecutive victory. He went 3-for-5 at the plate with three singles, one RBI and three runs scored, and also pitched 4 2/3 innings to earn the win. Labarre allowed three hits and two walks and did not have a strikeout.

PCA (4-2) used seven walks, four hit batters and six errors by Park Place (5-3) to do most of its offensive damage.

Clinging to a 4-3 lead in the top of the sixth inning, the Eagles mixed three walks around a single by Labarre to plate an insurance run. An error and a hit batter with the bases loaded brought in two more.

Mason Owen hit a two-run home run in the bottom of the sixth to pull Park Place to within 7-5 before the Eagles’ bullpen closed the door. Chase Hearn got out of the sixth inning with a strikeout and Zach Ashley retired three straight batters in the seventh to get out of another jam.

Hearn and Ashley combined to throw 2 1/3 innings, They had four strikeouts, walked one batter and gave up three hits. Ashley earned the save.