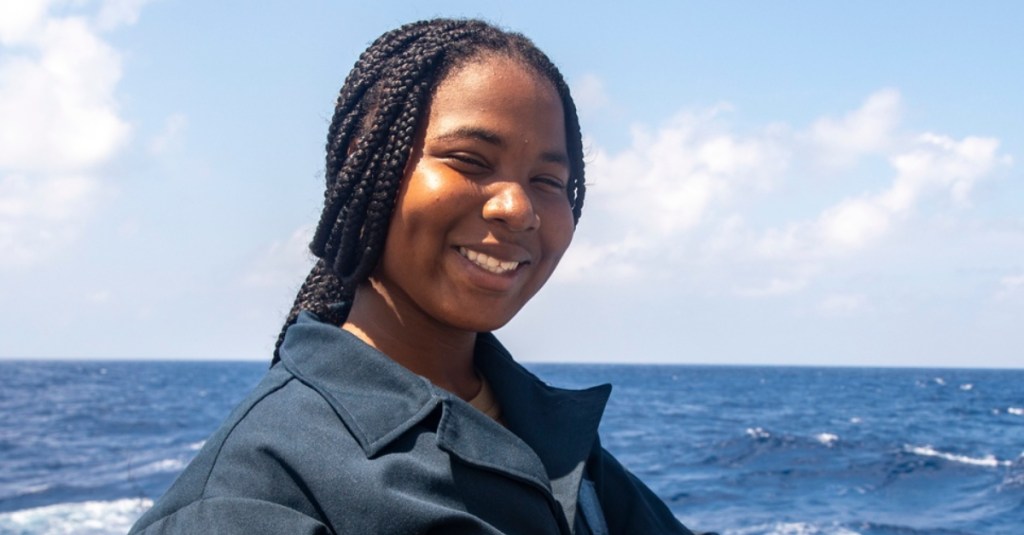 “As a junior aircraft maintainer, my job is to assist any air rates that may need extra hands,” said Rankin. “I get pulled in a bunch of different directions, but it’s great because I get hands-on training with different rates and get to know what their daily workload is. I actually chose to be an undesignated airman because I wasn’t entirely sure what job I wanted to do and this gives me the opportunity to do many different jobs.”

Rankin knew she wanted to join the Navy even before she graduated high school and considers joining to be one of the best things she’s accomplished so far.

“In school, I was a part of NJROTC (Naval Junior Reserve Officer Training Corps) and my experience with that made it obvious to me that that would be a career I would do well in,” said Rankin. “In fact, graduating boot camp is, so far, the best thing I’ve accomplished.”

Rankin was recently stationed at Naval Air Facility Atsugi and is enjoying the opportunity to explore another country.

“I’m loving it here in Japan,” said Rankin. “It’s such a great place to live and explore. The food and culture are so different from what I’ve experienced back in the states and the locals treat us so well.”

Being stationed in Japan was not something that Rankin expected and has cemented one of the biggest lessons that she has learned since joining the Navy.

“Something I’ve learned throughout my time in the Navy is that things change every day and that I should stay focused and keep my head on a swivel because anything could happen at any time,” said Rankin. “While I already knew that on some level, it’s really hit home since I joined.”

Inspiration is something that is incredibly important to Rankin, whether it’s being inspired by those around her or her providing encouragement to others.

“My peers and seniors inspire me every day to exceed expectations,” said Rankin. “They inspire me to not just do the minimum, but to push myself to do more and to be better. Having people around me that inspire me is so important to me because learning from them is how I will get better. I know that I try to uplift and inspire the people around me every day, even if sometimes that inspiration is simply encouraging them and reminding them that no matter how tough things might get, it’s all temporary and things will get better.”

Ralph Johnson is forward-deployed to the U.S. 7th Fleet area of operations in support of a free and open Indo-Pacific. U.S. Navy’s 7th Fleet is the largest forward-deployed fleet and routinely operates and interacts with 35 maritime nations while conducting missions to preserve and protect critical regional partnerships.