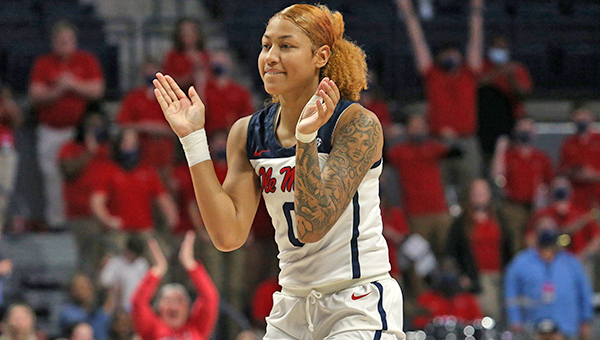 Ole Miss' Shakira Austin won the Gillom Trophy on Monday as the top women's college basketball player in Mississippi. It was the second year in a row she has won the award. (Ole Miss Athletics) 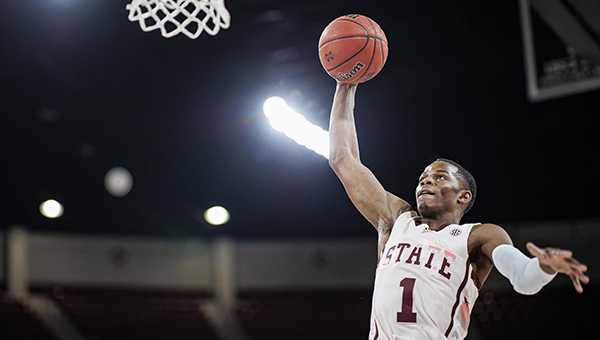 Molinar and Austin won the awards as the top men’s and women’s college basketball players in Mississippi, respectively, Monday in Jackson.

Molinar is the fourth Mississippi State player in five years to win the Howell Trophy, while Austin won the Gillom Trophy for the second season in a row.

Molinar led the Bulldogs in scoring, and ranks third in the Southeastern Conference, with 17.8 points per game. He is one of two active Power 5 players with two consecutive seasons of 500-plus points, and his streak of 31 consecutive games in double figures is a Mississippi State record.

Molinar has scored or assisted on 37.1 percent of State’s points this season. He also leads the team in assists, with 3.7 per game.

Austin, meanwhile, became the fourth player to win the Gillom Trophy multiple times in its 15-year history. She is also the only Ole Miss player to ever win it.

The 6-foot-5 center is averaging 15.4 points and 8.9 rebounds per game, both team-bests. She ranks fourth in the SEC with 63 blocked shots.

Austin recently eclipsed the 1,000-career rebound mark to become one of seven active players in Division I with 1,500 career points and 1,000 career rebounds. She was a first-team All-SEC selection and also was named to the conference’s All-Tournament team.

The other Gillom Trophy finalists were Ameshya Williams-Holliday of Jackson State, and Anastasia Hayes of Mississippi State.