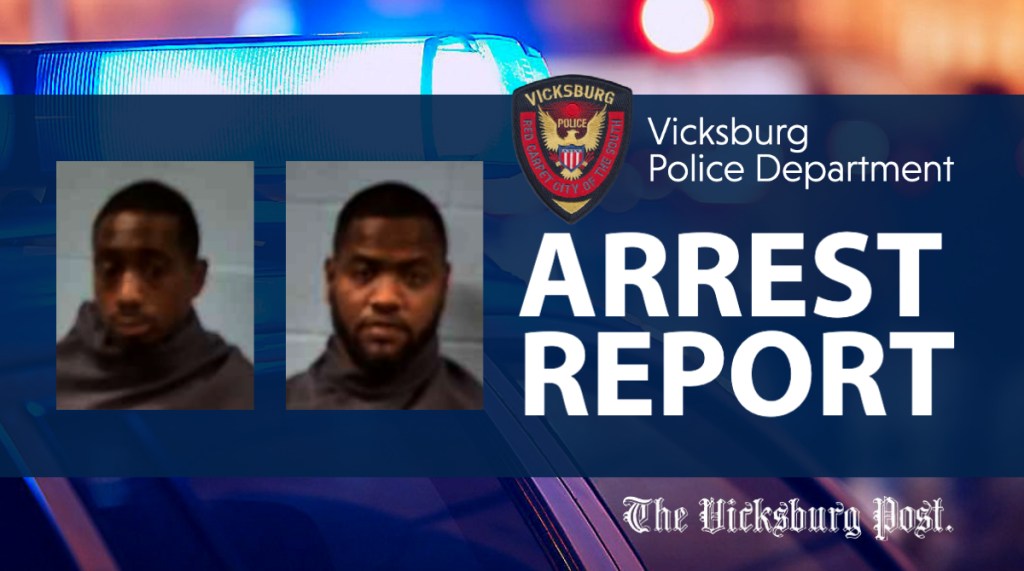 According to the Vicksburg Police Department, the traffic stop took place at approximately 2:31 a.m. on Sunday in the 1000 block of Warrenton Road.

Officers stopped a 2006 Chevrolet Impala for swerving and improper equipment and noticed the smell of marijuana when they approached the car. A search of the vehicle disclosed nearly 80 grams of marijuana and a handgun.

Joseph Charles Banks, 33 of Hermanville, was charged with felony possession of marijuana and possession of a firearm by a convicted felon.

Jamario Dushaw Shorter, 28, also of Hermanville, was charged with felony possession of marijuana.

Both men are being held without bond until their initial appearance in Vicksburg Municipal Court.