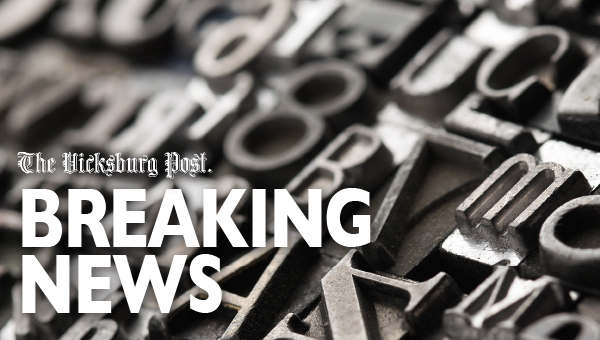 A crew with the U.S. Army Corps of Engineers was conducting routine sonar work along the Sunflower River Diversion Canal on Friday when they stumbled across what they believed to be a submerged vehicle.

According to Sheriff Martin Pace, the crew contacted the Warren County Sheriff’s Office on Monday, which responded to the scene with its boat along with the Vicksburg Fire Department dive team. A tow truck was also called to the nearby public landing off U.S. 61 North, past Redwood, to assist in locating the sonar signature of a vehicle submerged in the water.

Pace said at approximately 2 p.m. Monday that crews were first working to establish whether there was in fact a submerged vehicle and if there were any remains inside the vehicle.

After several hours of searching, the Warren County Sheriff’s Office boat, led by Pace and Deputy Johnny Beauchamp, located with its sonar equipment the signature of the vehicle submerged 25 feet below the water.

The Vicksburg fire department dive team, led by Deputy Chief Trey Martin, deployed off of the sheriff’s office boat. The water reportedly had zero visibility, which meant divers had to locate the submerged vehicle by feel.

“I so commend the professionalism and the bravery of the divers,” Pace said. “They were diving in zero visibility and 50-degree water.”

The cold temperatures of the water meant the divers had to surface frequently while trying to locate the vehicle. However, the condition of the submerged vehicle lends to the idea that it’s been submerged for more than a couple days, Pace said.

According to sheriff’s office reports, the divers reported all four of the vehicle’s wheels were buried halfway in silt along the riverbed.

After the vehicle was located, recovery efforts commenced. However, the divers soon discovered the tow truck cable was too short to reach the submerged vehicle.

Sheriff’s office reports state that after hours of attempts to extend the tow cable and recover the vehicle, it was determined that a longer cable was needed.

The location of the submerged vehicle was marked, and recovery efforts will continue when the tow company’s extended cable arrives and weather conditions are safe for the divers, Pace said.

“It’s supposed to storm this week and get even colder,” he said. “This is not a rescue mission, so we need to put safety first.”