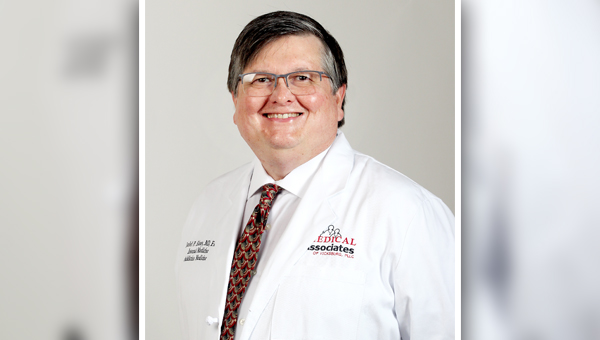 The Mississippi State Department of Health on Wednesday announced State Health Officer Dr. Thomas Dobbs will resign from his position at the end of July 2022.

“I feel like the time is right for me to return to the clinical side of medicine, particularly the communicable disease treatment of patients,” Dobbs said in a press release from MSDH. “I have thoroughly enjoyed my time at MSDH, particularly working with this dedicated health staff and advancing the field of health equity in Mississippi.”

Dobbs began his career at MSDH in 2008 and has held numerous roles including District Health Officer, State Epidemiologist, and Deputy State Health Officer.

“I can’t express enough my admiration and appreciation for his dedicated service to our state, especially through our trials with COVID,” local physician and MSDH Chief Medical Officer Dr. Dan Edney said. “He has done a magnificent job strengthening the Department of Health in all respects and will truly be missed by everyone at MSDH. He’s a true hero in my book.”

Before serving the state, Dobbs held numerous faculty positions at colleges and universities throughout the Southeast, including at the University of Mississippi Medical Center, and in the press release, he stated he would like to return to the academic world, where he would have the opportunity to teach and train healthcare professionals about public health and infectious disease.

State Board of Health Chairman Dr. Thad Waites said the Board has always fully supported Dobbs in his role as State Health Officer and understands his decision to return to the clinical side of medicine.

“I speak for all of us when I say that we have truly appreciated his professionalism, sterling personality, and stellar leadership throughout his tenure, but especially during COVID. He has been a wonderful asset to Mississippi,” Waites said.