LOOKING BACK: 1203 Harris St. has history worth saving 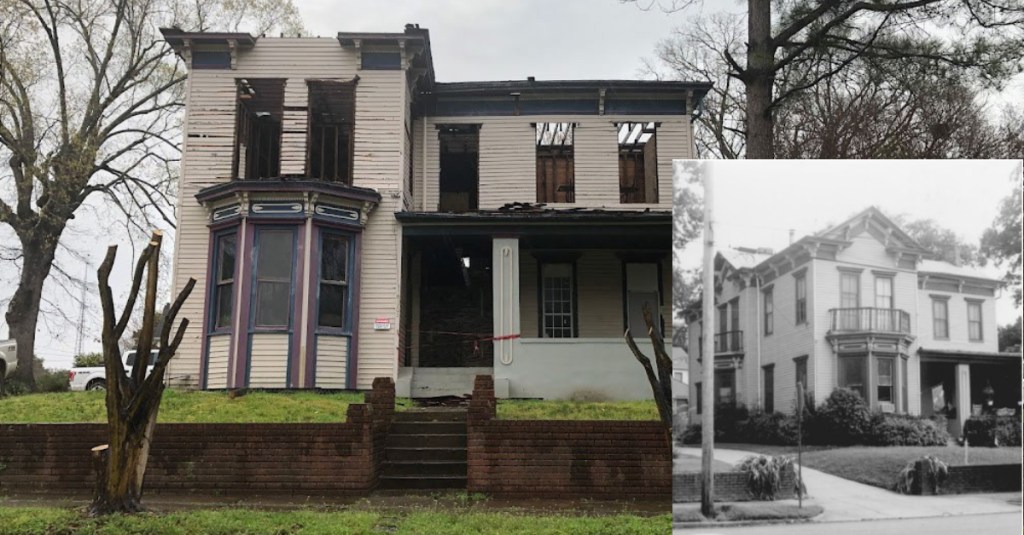 This beautiful Italianate residence, now located at 1203 Harris St., was built about 1878 on the northwest corner of Cherry and Harris streets, which is on the same block as it is now located, but to its right where the apartment building now sits.

It was the home of Julius and Florence Klein for many years. Klein was an insurance agent and a city alderman and a member of a number of associations. By 1895, it was the home of Edward M. Moore who was a partner in the firm of Willis and Moore Company, cotton factors. When Moore died in 1909, the house was bequeathed to his daughter, Marion M. Airey, who rented it thereafter.

One of these renters was George Anderson and his wife, Bertha, who lived in the house as early as 1911. Anderson was the city attorney from 1906 until at least 1914, was elected a “floater” senator of Warren and Hinds County in 1917, and was a judge. In October 1919, Airey sold the house and property, which extended to Drummond Street, to Lucille Sudduth for $14,000.

Lucille and her husband, G.M. Sudduth, offered the house for sale to be removed from the lot. It was eventually moved to the back of the original lot on the corner of Drummond, but facing Harris Street. The beautiful residence continued to be home to a number of families as an apartment building and then was the home and dance studio of the Atwaters in the 1990s.

Most unfortunately it is now being torn down for its lumber, we have been told. We can hope that, should a new building be constructed on the lot, it will blend into its historic surroundings and not detract from it.  This area is listed in the National Register of Historic Places, but is not a part of the local district and therefore there are no design standards that have to be met.