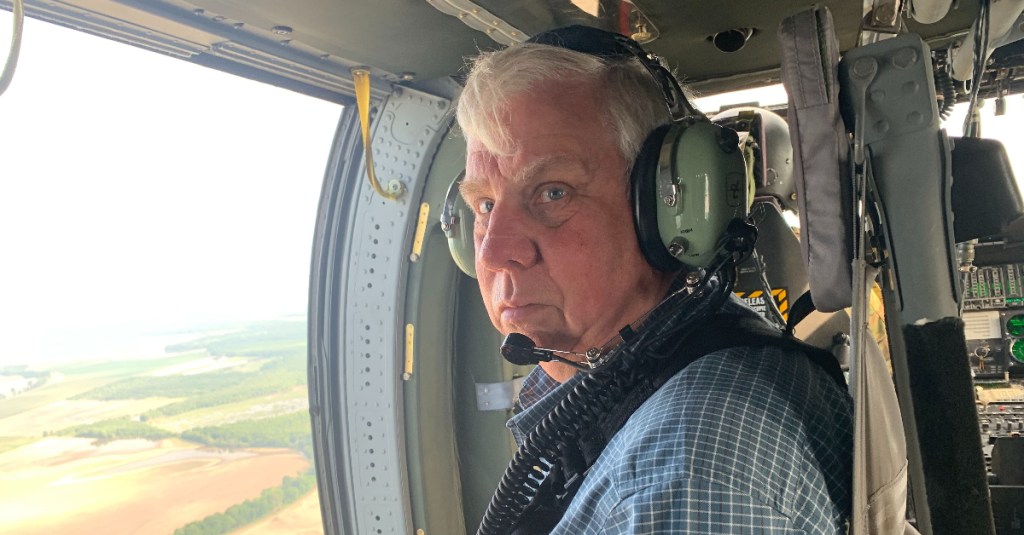 At the end of 2021, a very passionate U.S. Army Corps of Engineers (USACE) Vicksburg District employee retired with over 38 years of federal service.

Programs and Project Management Division’s (PPMD) Senior Project Manager Kent Parrish’s retirement brought closure to a long, successful, and memorable career. Parrish served many roles throughout his time with USACE. He was known as a subject matter expert, teacher, mentor and most importantly, a friend to countless people throughout the Vicksburg District region.

In 1983, he began his career with the Vicksburg District as a study manager/planner on projects such as the Slidell/Pearlington Flood Control Study, Upper Steele Bayou, Upper Yazoo Projects, and Yazoo Backwater Reformulation studies. He was also integral in preparing Supplement 1 to the 1976 Mississippi River Levees Environmental Impact Statement for not only the Vicksburg District but the New Orleans and Memphis districts as well.

As a key leader throughout the district, his leadership style was not like most people’s, a release from the district read. Dave Johnson, a supervisory environmental engineer, shed light on what made Parrish’s approach so effective and meaningful.

“His leadership style was unique,” Johnson said.  “I would compare it to a doctor making rounds. Each day that he was in the building, he would go visit everyone working on his projects. In that way, he was always informed of progress or problems. He might have stayed a minute or two or he might have stayed an hour. This personal touch he displayed, was the most memorable aspect of working with him on projects. No other project manager displayed this talent.”

Parrish was also open to using new approaches in order to accomplish the task at hand. In the late 1980s, both Johnson and Parrish developed two computer programs for evaluating fish habitats (Enviro-Fish) and waterfowl habitats (Enviro-Duck) that are still used today. More recently, Parrish worked with the U.S. Geological Services to use airborne resistivity remote sensing to identify aquifers under the levees.  He was also the first project manager to encourage using GIS for hydrologic and environmental analysis of project impacts for the Upper Yazoo Project and Steele Bayou Re-evaluation Studies.

For over 20 years, Parrish served as the MRL senior project manager overseeing 460-plus miles of mainline levees with a $20 million annual construction program budget. He was responsible for levees being upgraded, repaired, relocated, set back and built, and his efforts helped to protect the well-being of thousands of individuals living behind those levees.

Parrish’s ability to build and maintain relationships was apparent in his work with the Mississippi River Levees (MRL). He acted as the conduit between the district, three levee boards, landowners, contractors and other state and federal agencies which was immensely valuable during the 2011 Mississippi River Flood. Through numerous town halls, media interviews, public meetings and engagements with congressional members, partners, and stakeholders, Parrish significantly contributed to USACE’s successful response to the historic event.

When it came to successfully managing complex programs and coordinating with other government agencies, Parrish was considered a subject matter expert.

“Kent was such an integral part of every aspect of the Vicksburg District,” said PPMD Deputy Jacob Brister. “Each and every day, Kent came to work with such passion to simply ‘get the job done.’ He served as a mentor and friend to me for his entire career.”

“Parrish’s love for his job, the district, and the mission has encouraged that same passion in others,” a release from the district read. “His devotion, expertise and genuine kindness to everyone will surely be missed.”