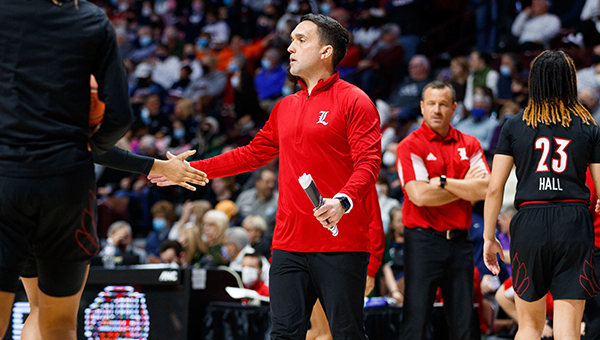 Purcell has spent the past nine seasons with the No. 5 Cardinals, including the past five as associate head coach to Jeff Walz. Considered one of the nation’s best recruiters, talent developers and game scouts, Purcell has helped Louisville go 262-47 during his time there and 147-19 the past five years alone. The highly successful program has reached the NCAA Tournament all nine years, with a Final Four appearance in 2018 among four Elite Eight and six Sweet 16 berths.

Louisville has a 25-4 record this season and is projected by ESPN to be a No. 2 seed in the NCAA Tournament when the brackets are released Sunday night.

The 19-year coaching veteran said in a release that he was honored to become MSU’s coach and “thrilled” to come to Starkville.

“I’m honored and humbled to be the head women’s basketball coach at Mississippi State University, and I am appreciative to (MSU athletic director) John Cohen and the entire university administration for this opportunity,” Purcell said in a statement.

Known for wearing colorful and clever suits on the sidelines, the native of Dalton, Georgia, has also worked at Georgia Tech, Tulsa and Auburn. He will continue coaching Louisville through the rest of the postseason.

“During our search, Sam Purcell routinely emerged as one of the nation’s elite recruiters and more importantly, a terrific fit to lead our program,” Cohen said in a statement. “Sam has been an integral part of some of the most successful teams in women’s basketball. He is creative, meticulous, and has shown a proven ability to recruit the nation’s top talent and develop student-athletes.”

Mississippi State lost in the NCAA championship game in 2017 and 2018, reached the Elite Eight in 2019, and had a 27-6 record in 2020 before the NCAA Tournament was canceled because of the COVID-19 pandemic. Head coach Vic Schaefer left after the 2019-20 season to become Texas’ head coach, and the Bulldogs have struggled to maintain that same level of excellence.

Mississippi State hired Novak as associate coach in September before promoting him to interim coach the following month after Nikki McCray-Penson stepped down for health reasons after one season. The Bulldogs finished 15-14 (6-10 SEC) and fell 83-67 to eventual champion Kentucky in the second round of the Southeastern Conference Tournament in Nashville.

“Mississippi State women’s basketball is synonymous with winning, and I fully intend to continue that winning culture,” Purcell said in his statement.