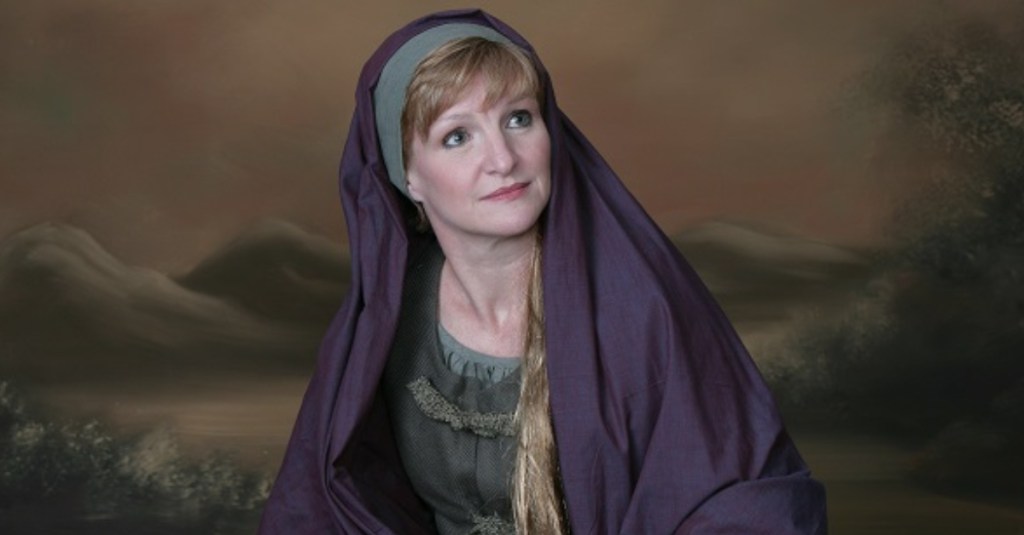 Rita Sweatt will perform "Mary Magdalene at the Foot of the Cross" on March 30 at 6 p.m. in the sanctuary of Crawford Street United Methodist Church. (Photo courtesy Rita Sweatt)

Rita Sweatt is on a mission to bring people closer to God.

A pastor’s wife, Sweatt, from Amory, performs 45-minute one-woman shows in period dress focusing on women from the Bible and highlighting their relationship with God as a way to help people understand that they also have that same relationship.

It’s a message she will bring to Crawford Street United Methodist Church on March 30 when she performs “Mary Magdalene at the Foot of the Cross.”

“She’s a former music and drama teacher,” said Linda Turner, who is coordinating Sweatt’s appearance at Crawford Street. “She does these dramatic monologues and she’s in costume; she often has songs or poetry.”

During her performance as Mary Magdalene, Turner said, Sweatt tells people about Mary Magdalene being possessed by demons and being healed by Christ.

“Mary went off to be one of Christ’s followers and Mary Magdalene is actually mentioned in the Bible more than most of the disciples,” Turner said. “We have had her at our church a couple of times before and she is just amazing; I don’t know how to describe it. She is so entertaining. She makes you go through all the emotions.”

The inspiration for the monologues came after Sweatt began to feel a disconnect from God.

“Years ago, I was sitting in a worship service; it was right before Easter and we participated in the Lord’s Supper; I found myself distanced from the sacrifice; what He really did for us,” Sweatt said.

“I’ve been a Christian since I was 7 years old and at the time this happened I was close to 50, and I just felt like so many years, the same story the same way, I just lost freshness,” she added. “I began to pray about it and the Lord took me to the last few days of his life in the gospels. I studied that I was very fixed on what those women felt. I looked at Mary, the mother of Jesus.”

“I just really spent time with her at the cross,” she said. “I couldn’t imagine seeing through the humanity of her son’s death when mothers are so defensive about their children and her son was slain and He was quiet about it; He didn’t say anything, He didn’t defend himself.

“She knew who He was because of His birth and so the unfairness of it all of a sudden just crushed my heart,” she said.

Sweatt wrote her first monologue about 20 years ago during Easter.

“I wrote it backward; I had her at the cross and then I wondered, what were they doing a few days before? What was it like to see those miracles, and of course, she instigated that first one at the wedding (the wedding at Canaan). I wrote it backward all the way to when the angel came.”

The monologue was presented the next year at a women’s event in Amory.

Soon, Sweatt began traveling and speaking. She does about 50 to 60 events each year and flies all over the country.

The monologues, she said, are a fresh way of looking at the Bible stories. “These are things that really happened way before our time.”

Her repertoire now includes 12 women from the Bible.

“It keeps me busy and it’s a creative avenue to draw people into the word of God, which ultimately is the goal,” Sweatt said. “I want people to want to pick up their Bibles, and read these stories for themselves and allow the Holy Spirit to speak to them about how these people waked through life very similar to ours.

“It’s just a handful of these women who actually saw Jesus in the flesh. Most of these people I do had the same invisible God we do and he’s all-powerful and they experienced Him and I want us to do that, too.”

Because the biblical accounts don’t always tell everything about a person or what their thoughts were, Sweatt fills in the missing parts through research.

“I’ve been to Israel, which was very enlightening and helpful, and I look at culture, my costuming; I try to be appropriate,” she said. “I pray and ask the Holy Spirit to help me understand the mission parts as to what people felt. You can look at scripture and it shows so much.”

She rarely uses props. “Most of them (the performances) are just me in my costume telling a story.”

“Mary Magdalene at the Foot of the Cross” will be presented on March 30 at 6 p.m. in the church sanctuary at Crawford Street United Methodist Church. It is open to the public and there is no charge. 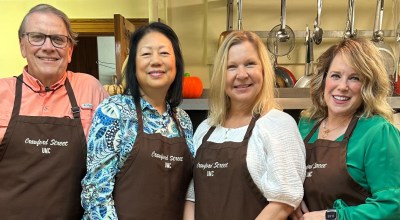