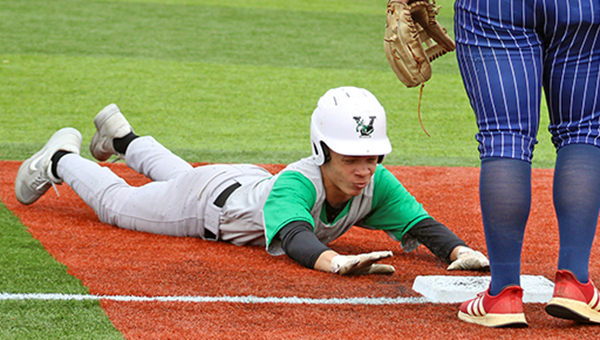 Vicksburg's Mincer Minor slides into third base in the sixth inning of Wednesday's game against East Rankin Academy. Minor doubled, drove in two runs and scored one, but the Gators lost 10-4. (Ernest Bowker/The Vicksburg Post) 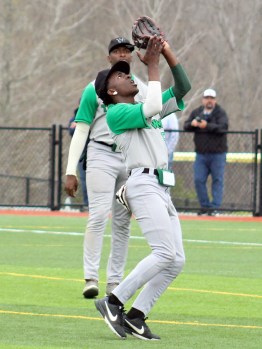 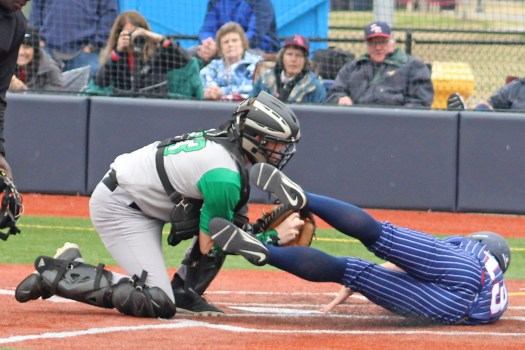 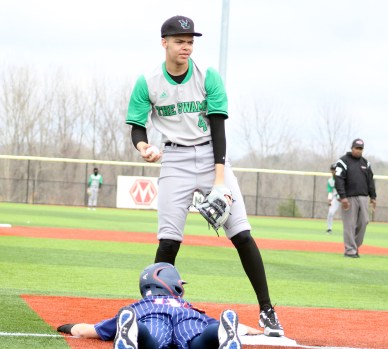 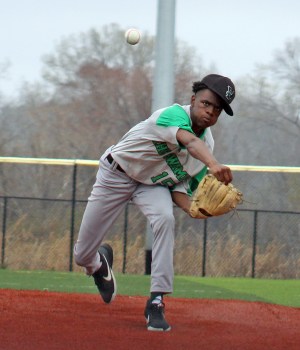 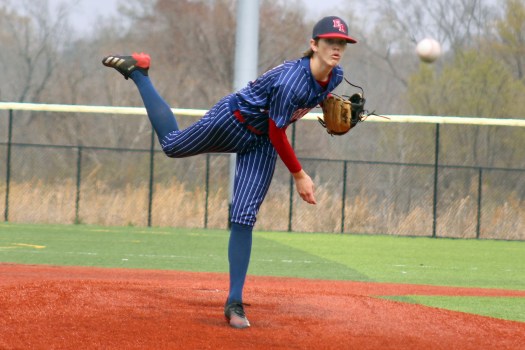 Vicksburg High has had a pretty good baseball season up to this point.

It did not have a good day on Wednesday.

The Gators had their seven-game winning streak snapped by losing both halves of a split doubleheader, 10-4 against East Rankin Academy and 14-2 vs. crosstown foe Porter’s Chapel Academy.

The Gators (8-3) committed four errors that led to seven unearned runs against East Rankin (12-3), which scored four runs in the third inning and five in the fifth to take firm control of the game.

Walker Floyd and Landon Haas hit back-to-back RBI doubles, and Caiden Hall added another later on during the third-inning rally. Haas hit another double and scored a run in the fourth, and Parker Martin drove in two runs with a single.

Martin pitched six innings for the Patriots and finished with nine strikeouts. Vicksburg did not hit a ball out of the infield against him until Tyler Carter’s two-out single in the bottom of the fourth.

Mincer Minor hit a two-run double for the Gators in the seventh inning. He also reached on an error and scored a run in the sixth.

The Gators had a chance to rebound in their second game of the day at Sports Force Parks, but lost big to Porter’s Chapel (7-4).

PCA broke a 1-all tie with four runs in the third inning — John Wyatt Massey hit a bases-clearing double and scored on a single by Chase Hearn — and then padded the lead by scoring in each of its last three at-bats. The Eagles scored six runs in the top of the seventh inning.

Zach Ashley went 4-for-5 with a triple, one RBI and three runs scored for PCA, and also pitched a complete game. Ashley allowed five hits and two walks in seven innings, and struck out six.

Hearn was 4-for-4 with three RBIs, while Taylor LaBarre was 3-for-5 with a double, two RBIs and three runs scored. Massey finished with four RBIs and scored two runs.

PCA totaled 20 hits in the game, and every starter had at least one. Vicksburg’s pitchers only walked three batters.

Carter had two hits and an RBI for Vicksburg, Conner Harrigill singled and scored a run, and Decedric Brown had a double.