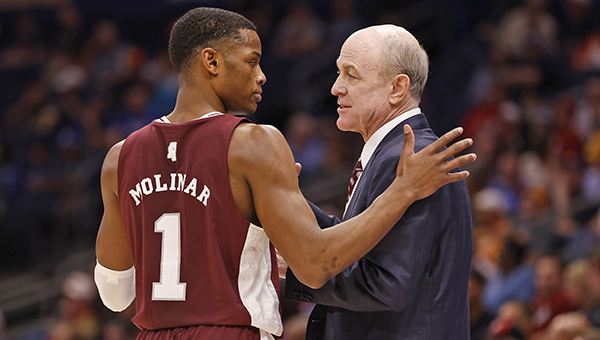 STARKVILLE — Ben Howland had a good run at Mississippi State. It just wasn’t good enough, and now it’s over.

Howland spent seven seasons with the Bulldogs. His final game was a 60-57 loss to Virginia in the first round of the NIT on Wednesday.

“There’s no question he left our program better than he found it,” Mississippi State director of athletics John Cohen said in a statement. “MSU owes a debt of gratitude to Coach Howland, and we have the utmost respect for him as a coach and person. Coach Howland is one of the best basketball minds in the country and a future College Basketball Hall of Famer. He and his wife Kim have been tremendous ambassadors to Mississippi State and the Starkville community during their seven years here. On behalf of the entire Mississippi State Family, we wish them the absolute best.”

Howland was hired in March 2015 and had a 134-98 record at MSU. He had three 20-win seasons, and his only losing season was his first, but the Bulldogs never seemed able to break through into the top tier of the Southeastern Conference on his watch.

Mississippi State’s only NCAA Tournament appearance under Howland came in 2019. It appeared headed for another in 2020 — the Bulldogs were 20-11 heading into the SEC Tournament — but the NCAA Tournament was canceled because of the COVID-19 pandemic.

Mississippi State played in the NIT three times under Howland. It reached the semifinals in 2018 and the championship game in 2021, along with this year’s first-round exit.

The Bulldogs had an 18-16 record this season and finished 10th in the SEC regular-season standings with an 8-10 conference record. The program’s last SEC tournament championship was in 2009.

Howland brushed aside questions about his future following a loss to Tennessee in the SEC Tournament last week and again Wednesday. His players stuck up for him after the loss to Virginia, however, citing injuries and other factors as reasons for the team’s struggles.

Personally, I’d love for him to come back next year.”
In the statement announcing the decision, Cohen said a national search for Howland’s replacement is under way. He called the job a “highly sought after” position.

“Throughout Mississippi State’s men’s basketball history, we have shown that we can compete for championships at the highest level. Serving as the head men’s basketball coach at Mississippi State is an outstanding opportunity, and the position will be highly sought after,” Cohen said. “We are confident we will find a new head coach who will elevate our program and position our student-athletes to compete for championships while playing an exciting brand of basketball.”