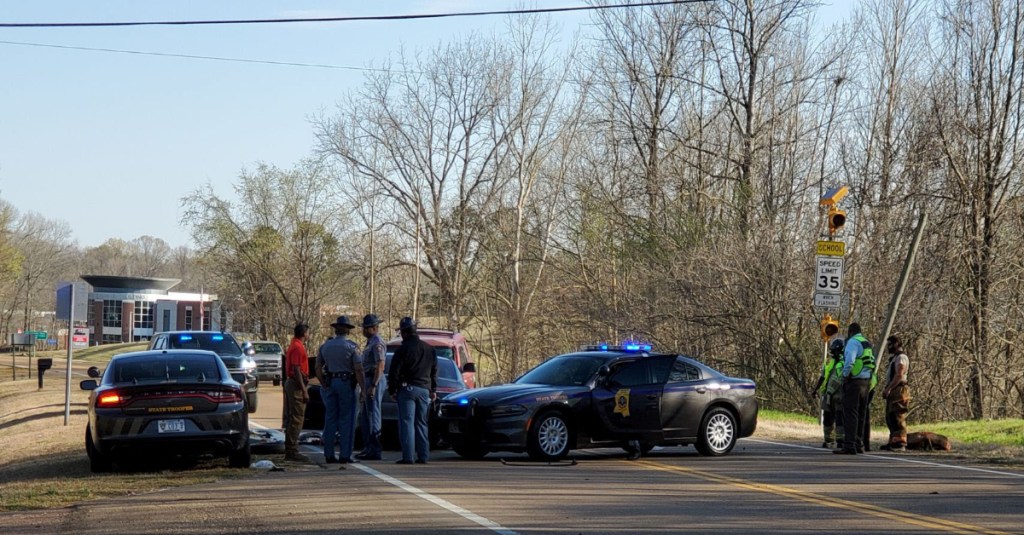 One person was killed in a two-vehicle crash on Highway 27 on Thursday afternoon. (Photo by John Surratt | The Vicksburg Post)

Three victims have been identified in a Thursday afternoon wreck that left one person dead and two people injured.

The Honda collided head-on into the Toyota. A passenger in the Honda identified as Kiley Goulette, 30 of Vicksburg, received fatal injuries and was pronounced dead on the scene.

Burton and Gilliland were transported to the hospital with serious injuries.

MHP stated more information will be released pending the notification of the next of kin. The crash is currently under investigation by the Mississippi Highway Patrol.