HERO OF THE WEEK: Adrienne Eckstein’s military life is a family affair 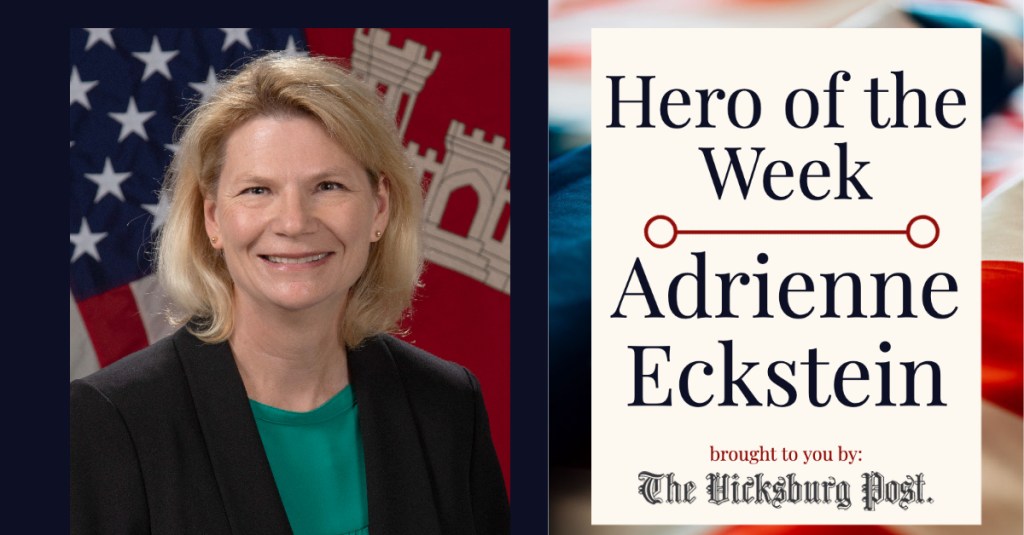 This week’s Vicksburg Post Hero of the Week is Army Lieutenant Colonel (LTC) Adrienne Eckstein. In 1989, she graduated from the United States Military Academy at West Point. Eckstein then earned an M.S.C.E. from the University of Washington and is a registered engineer in Washington state. She currently works at the U.S. Army Engineer Research Development Center as the Environmental Lab Facility Manager. Eckstein enjoys volunteering at Vicksburg Catholic School and the Southern Heritage Air Foundation. She is also the mother of three children and married to Ret. Col. Jeff Eckstein for almost 30 years.

I served as an engineer officer doing construction projects in Saudi Arabia, Honduras and the United States in support of the U.S. Army. Some of my key assignments were as a platoon leader, company commander, the Chief of Legislative Affairs for the United States Pacific Command, Deputy Commander of the Honolulu Engineer District and I retired as the Professor of Military Science at Dickinson College.

Where did you serve most of your time in service?

I moved over 10 times in the military, but for the majority of the time, I was in Georgia, Washington state and Hawaii.

Have you visited any other countries?

I have visited all seven continents.

I never envisioned how much I would enjoy and be challenged by serving in the military. Every day was different and I was given opportunities to work in so many areas with a varied group of outstanding people.

What were the reasons as to why you joined?

I wanted to do something meaningful and different. It was important to me to give back in a small way to our country.

The military shaped not only my life but my family’s experiences. We made lifelong friends around the world. We gained an appreciation of many cultures and learned the importance of being part of our community. All three of my children have joined the military: Luke is a First Lieutenant serving in Germany, Adrienne graduates this summer from the United Air Force Academy and Adam is a sophomore (yearling) at the United States Military Academy.