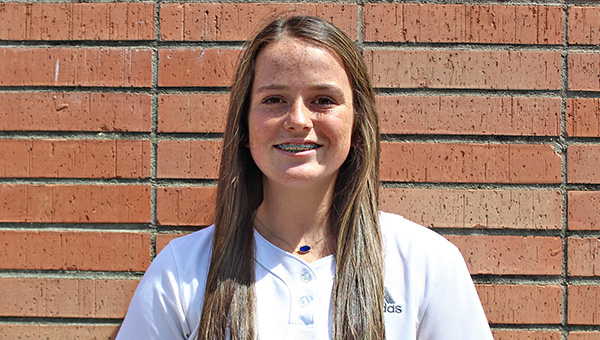 Warren Central softball player Lola Crozier went 3-for-3 with two doubles and three RBIs in a 14-0 win over Enterprise on Saturday.

Warren Central’s softball team came back from vacation and put in some good work on Saturday.

Kamryn Morson hit a two-run single in the bottom of the fifth inning to give the Lady Vikes a 5-3 win over West Lincoln in the Brookhaven Tournament.

Earlier Saturday, Warren Central crushed Enterprise-Lincoln 14-0 in their first game in the tournament.
Warren Central (8-5) trailed 3-2 against West Lincoln entering its final at-bat in the time-limited game. They tied it with three singles, the last by Jenn Smith, that brought in one run.

Morson then singled to center to bring in Smith and Mary Evelyn Hossley with the go-ahead runs. Three batters later, the game was called.

Fancher doubled, and had one RBI and scored a run.

Warren Central had a much easier time with Enterprise. It exploded for 11 runs in the third inning and won via the mercy rule.

Abby Morgan allowed one hit and one walk in three innings in the pitcher’s circle. She finished with six strikeouts.

Warren Central will host crosstown rival Vicksburg High on Monday. The junior varsity game will begin at 5 p.m. and the varsity at 6:15.