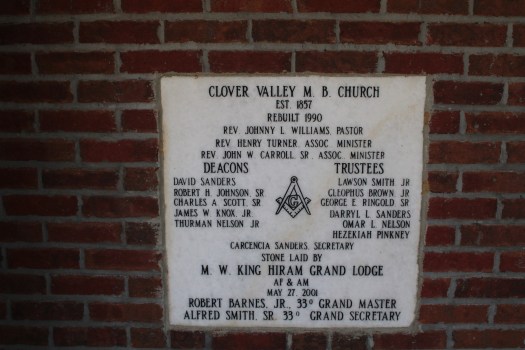 The church's cornerstone put the founding of the Clover Hill M.B. Church as March 1857. The stone's information is the record of the church's start because church officials said there are no written records related to the church's founding. (Photo by John Surratt | The Vicksburg Post) 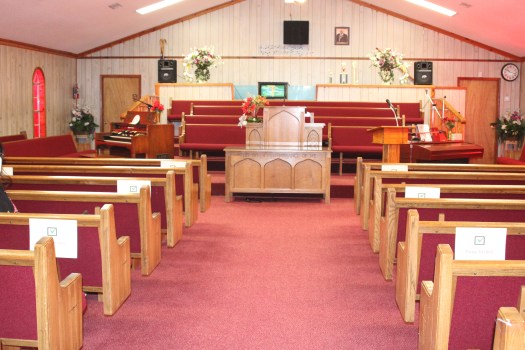 The interior of Clover Valley MB Church is decorated for a special service celebrating the church's 165th anniversary. (Photo by John Surratt | The Vicksburg Post) 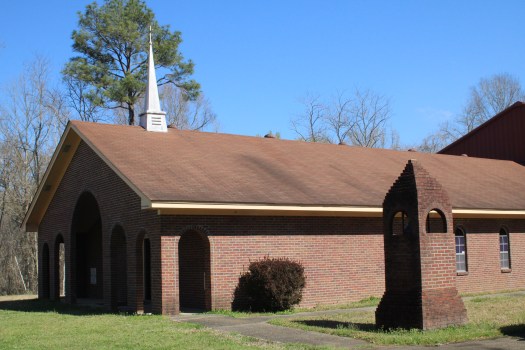 The congregation of Clover Valley M.B. Church celebrates the church's 165th anniversary on Sunday. The small brick structure holds a bell donated by a church member. (Photo by John Surratt | The Vicksburg Post)

On Sunday, the congregation of Clover Valley Missionary Baptist Church will gather at the church on MS 27 to celebrate a milestone in the church’s history as they mark its 165th anniversary.

According to the church’s cornerstone, Clover Valley M.B. Church was founded in 1857.

“That’s what we have gone by,” said James W. Knox, chairman of the church’s deacon board. “We don’t have any records because back then, records were very seldom kept. The old people didn’t keep the records; it was passed down through generations.”

Knox said the church got its name from the Clover Valley Community, adding, “The community had an elementary school — the school was here first, and then they built the church.”

According to the church’s history, the first church was built with logs donated by Paul Polk, a landowner, at the corner of Baldwin Ferry Road (now Bovina Cutoff Road) and MS 27; the church’s first three pastors were the Rev. Promise Drayton, the Rev. Mack Morris and the Rev. Waller Guess. The present pastor is Samuel Jones.

“It (the first church) was called the ‘Brush Arbor,’ because it was made of trees and logs,” deacon Thurman Nelson said.

The log building served the congregation until 1922, when it moved to the church’s present site on MS 27 which was bought for $100 from Polk.

“Paul Polk was a big landowner,” Nelson said. “ At some point in time, he decided he was going to leave Mississippi and broke his land up and sold his land to a lot of minority people. Some of the people in the community worked for him, and he sold them the land where the church is now.”

About 50 years later, in 1976, the church was bricked and then replaced with a new building in 1990. The congregation met at China Grove No. 2 Church and Locust Grove Church while the new church was being built.

The old church, Knox said, “Had holes and the church had boards in the floor that if you stepped on them, you’d go right through.”

Several years later, an addition was built on the rear of the church to serve as the church’s fellowship hall.

Celebrating 165 years, Knox said, “Makes us feel real proud of our church; that we have our group sticking together and doing things together for that piece of time.

“I’ve been a member for 50 years and my parents were brought up in this community.”

And while the church has lost members, he said, “We still have enough to keep going. We have some faithful members.”