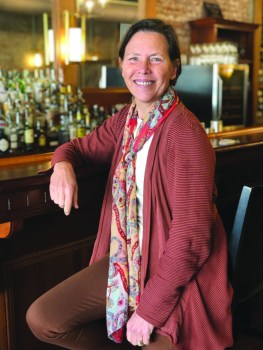 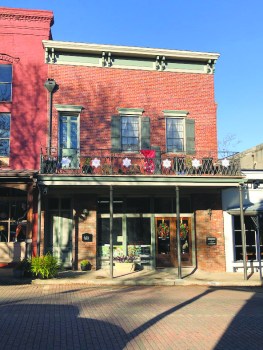 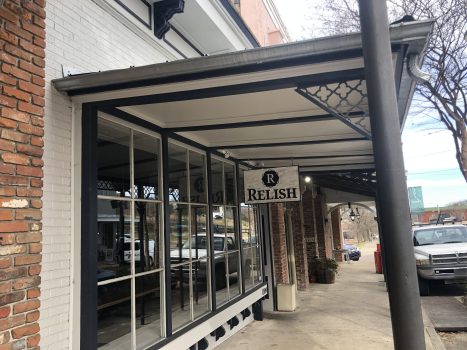 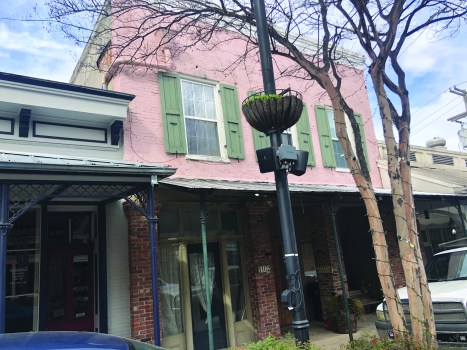 Vicksburg’s downtown revitalization began in the early 1990s, but one community servant is carrying the torch into the 2020s.

For multi-hyphenate Kelle Barfield, investing in her hometown is about more than dollar signs; it’s about meeting the needs of those around her. A former Entergy employee with a background in nuclear power communication, Barfield’s spent her retirement doing anything but resting. She’s a Warren County Supervisor, owner of Lorelei Books and developer and investor in multiple properties on the north end of Washington Street.

“When I began considering what my next professional pursuit might be, I saw the bookstore was closing. I began contemplating and had a chat with Laura Weekes, the founder of Lorelei books,” Barfield said. “I became convinced that a bookstore is a necessity in a small town. Some things are needed for the overall quality of life, one of those things being a bookstore.

“You go from ‘This town needs a bookstore,’ to suddenly owning an entire city block.”

Barfield now owns the entire block of buildings facing the waterfront in the 1100 block of Washington Street. However, it wasn’t an acquisition that happened overnight. Instead, she compared it to a volume of literature, unfolding “one chapter at a time.”

After she took over the day-to-day operations of the bookstore, which now runs as a not-for-profit entity, Barfield said she found joy not just in selling books, but also in her interactions with tourists. Whether they come up from the riverfront fresh off a cruise boat or stop while on a leisurely drive up the Blues Highway, the bookstore has become an information center in more ways than one.

It’s a position Barfield said she takes pride in, acting as an unofficial mouthpiece to recommend other local businesses and sites.

“When out-of-towners come in, I love being a de facto visitor’s center and telling people the story of Vicksburg,” she said. “Vicksburg has such a rich history of architecture, but also of commerce and ethnicities. I felt like investing in the buildings and the businesses that go into them is vital to Downtown Vicksburg and how vibrant it’s become in recent years.”

After settling in at Lorelei Books, Barfield then saw another opportunity across the street: The former location of Yesterday’s Children doll museum, now known as Relish Bistro. She then went about acquiring the storefront on the corner of Washington and Grove streets and the adjacent property where The Biscuit Company restaurant is located. She also acquired 1106 Washington St., which now houses The Vicksburg Post, and the storefront that currently houses Adorned — The Glam House beauty salon.

The challenge in each of the properties, Barfield said, is that each presented its own unique issues and potential for both historic preservation and business development.

“The buildings were all in different states. The Doll Museum was the first renovation,” she said. “I was able to get historic tax credits for the renovation and also take advantage of the city and county’s incentives through tax abatements.”

Barfield said it was fun to work with Relish owner Jason Penley and his family because they had a clear vision for the space and it required some “pretty substantial” renovations.

They added a kitchen, rear egress and had other work done to bring the building up to code and outfit it for modern dining. However, Barfield and Co. still maintained the building’s historic charm: When one walks into the space and looks up, they can see plaster at the top of one wall at an angle.

This, Barfield said, is the last remnant of the staircase that once led people up to the building’s third level. However, like many other downtown buildings, that third floor was decimated during the 1953 tornado. Keeping the site of the old staircase exposed also qualified them for an additional historic tax credit, Barfield said.

None of her renovations would be possible without local tradesmen, Barfield said.

“The talent we have here, in terms of construction partners, plumbers electricians, HVAC — you don’t appreciate the skills of those trades until you start working on any buildings, especially older buildings,” she said. “Most people don’t view professions like plumbing or HVAC as creative, that they just think about the nuts and bolts. But there’s a lot of creativity in terms of finding workarounds.

While giving historic buildings new life is a thrill in itself, she said, nothing compares to the collaboration with others that makes this new life possible.

“Working with other people is what has been truly special about working on these old buildings,” she said.