Generations of Heroes: Vicksburg’s oldest fire stations hold keys to the past 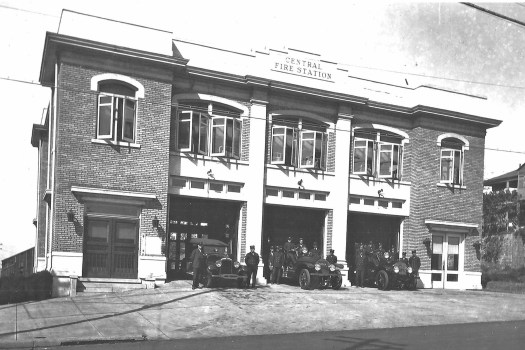 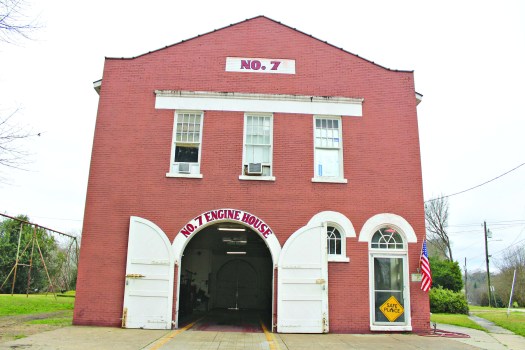 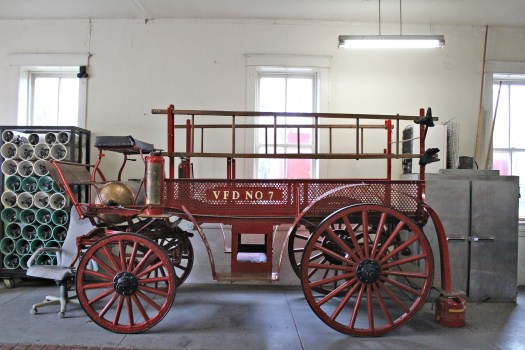 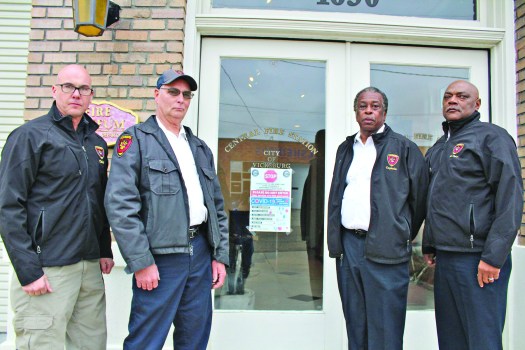 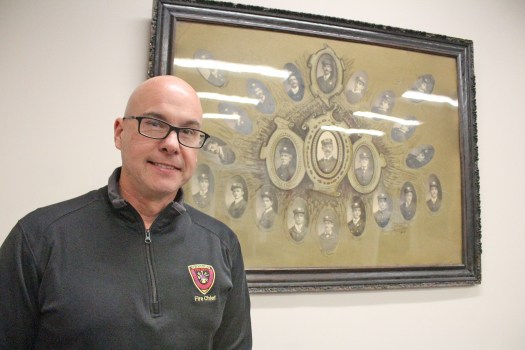 The City of Vicksburg’s Fire Museum, officially, consists of a narrow entry hall at its Central Fire Station on Walnut Street.

Artifacts ranging from a handheld water cannon, old turnout gear, alarm bells, signs and photos line both sides of the room. Most of it is stuffed into the corners to clear a path, and Vicksburg Fire Chief Craig Danczyk apologizes for the mess as he gives a tour.

“I’ve wanted to get some shelving, but haven’t gotten to it,” he says.

If the portion of the building that’s called a museum is in disarray, though, what surrounds it is certainly not.

Vicksburg’s Central Fire Station is practically a living history museum itself, where reminders of the past co-exist alongside the functional needs of the present.

The Central Fire Station is one of two in Vicksburg — along with the No. 7 station on Washington Street — built in the early 20th century that is still in use well into the 21st. The early steam-powered fire engines have long been replaced by modern ladder trucks, pumpers and ambulances, but the crews that man them remain on call 24 hours a day in the same buildings generations of firefighters have called their home away from home.

“It’s the pride you have of knowing the history within yourself, and you’re a part of it. For however many years, you’re going to be a part of it,” said Carl Carson, a battalion chief with the Vicksburg Fire Department.

It’s unclear where exactly Vicksburg’s two ancient fire stations rank among the oldest in the state or country. A number of early 20th century stations are still in use in different places. Having two in a town the size of Vicksburg, however, is certainly unique.

The No. 7 station is the older of the two. It opened in March 1910 — coincidentally, about a month after a massive fire ravaged the downtown area — as the city’s newest station. Now, more than a century later, it is the oldest and still in use, which creates plenty of challenges.

Modern firefighting equipment is much larger than that used in 1910. Vicksburg did not even receive its first motorized fire engine until 1914. Newer firetrucks fit into the truck bay at No. 7 with only inches to spare. Drivers unfamiliar with the station occasionally miss when backing in.

“I have seen it happen,” said Jimmy Cogan, a 30-year veteran of the department who is currently the captain of Station 2. “You get a driver who is not used to that building or make personnel changes, and he gets excited and away you go and you take a mirror off.”

At Station No. 7, like Central, old equipment sits alongside new. An early 20th-century horse-drawn wagon has been refurbished and is on display as a museum piece, a few feet from a machine used for refilling portable air tanks. In a side room, hoses and other equipment sit in storage.

The truck bay is only big enough for one engine, but replacing the station is difficult for a number of reasons. The building itself is on the National Register of Historic Places and cannot be easily renovated or demolished.

“If they took about two sections of brick off it, it would be better,” said James Jones, a 31-year veteran of the VFD and the captain of Station 3. “But I know they can’t do that.”

Just as important, it’s in a prime location that allows access to a number of residential and commercial areas in the downtown core of Vicksburg. Finding an affordable piece of land suitable enough in size and location to build on in the same area is nearly impossible, Danczyk said.

“Sometimes vehicles and buildings have a useful life and it’s time to move on. Station 7 is over 100 years old, so there’s a tremendous cost to maintain it. But that district, with all of the residential and commercial property, has a significant call volume,” Danczyk said. “One of my jokes is that it’s paid for. When you get stations that have been here a long time and its cost is maintenance, that comes into play.”

Tearing down No. 7 might also displace one of its oldest residents. No one knows who exactly it is or how they got there, other than they occasionally pop their heads out late at night.

“They swear there is a ghost at Station 7,” Cogan said. “The floor creaks and they say you can see her walking across the window.”

Central Fire Station, meanwhile, has been updated for modern times. It opened in November 1925 and has been in continuous use for a little more than 96 years — although it has been modernized over the years.

An addition was completed in 1996 to house administrative offices and two more truck bays, and a more recent project to replace the original windows was recently completed. Replacing the windows cost more than $300,000 because the station is a historic landmark and the materials and work needed to meet state approval.

“It was a long process and tremendous cost because everything is custom and you’re limited on how things have to be done,” Danczyk said.

Even with the upgrades, however, plenty of reminders of the past remain.

On either side of the original truck bay, two poles extend about 20 feet into the ceiling. They used to provide quick access from the sleeping quarters on the second floor to the trucks below, but were sealed off about 20 years ago for safety reasons. Cogan recalled it happened not long after a firefighter missed the pole, plummeted to the concrete floor below and broke his leg.

In another part of the building, up a narrow set of century-old stairs, a large fuse panel takes up an entire wall of one room. Even Danzcyk, who has been with the department more than 25 years, isn’t sure what it was used for.

Pictures, artifacts, and repurposed rooms — like a basement locker room that now stores turnout gear and exercise equipment — also show how the station has continued to evolve while still maintaining a 24-7 operation vital to Vicksburg’s safety.

Other things might have changed places in the station, but have remained staples for nearly a century. Upstairs, one hallway is lined with shelves containing pots and pans. The passage leads to the kitchen, where firefighters have broken bread and bonded for almost a century.

Other secluded areas include beds, showers and laundry rooms.

It’s all another reminder that no matter the size, no matter the age, a firehouse is and always will be a house for those who work there.

“This is our home. We spend at least a third of our life here,” Cogan said.