At 183 years old, Christ Episcopal Church’s history is a part of the fabric that is Vicksburg.

The second, the Rev. Stephen Patterson, is buried in the churchyard.

According to the church’s history, the move toward a church began in 1826, one year after Vicksburg was incorporated, when Episcopalians in the city organized and held services in different buildings until sufficient money was raised to build a church.

“We are probably the fifth-oldest Episcopal church in Mississippi and probably the third-oldest building behind Natchez and Woodville because we’re in the original building,” said the Rev. Sam Godfrey, Christ Episcopal’s rector.

Construction on the church building that stands on Main Street began in 1839, with Bishop Leonidas Polk laying the cornerstone. Pope would later become a Confederate general and receive the nickname “the Fighting Bishop.” He was killed in battle at Pine Mountain, Ga., in 1864.

“The windows here (in the present church) are not original,” Godfrey said, pointing out that all but one stained glass window were lost during the siege.”

“The other windows weren’t blown out by artillery, but were damaged by the concussion from the shells and cannonballs hitting nearby,” he added. “The church was not damaged that much during the siege.”

The lone window to survive, he said, was a German stained glass window installed in 1855.

The siege, he said, did not affect services.

He said the Rev. W.W. Lord, who was rector from 1853 to 1863, held service every day of the siege. When Gen. John Pemberton surrendered Vicksburg, Lord and his family left Vicksburg under a pass from Gen. Ulysses Grant. He would later return to Vicksburg after the Civil War and become the first rector of the Church of the Holy Trinity.

More than five months after the city’s surrender to the Union Army, Christ Episcopal was the scene of a protest by four women (five, by one account) whose objection to a Union order that violated the Constitution’s provisions on separation of church and state resulted in their being banned from the city for the remainder of the Civil War.

The incident involved an order requiring churches in the areas occupied by Union troops to say a “Prayer for all those in Civil Authority,” which according to local accounts of the incident was called the “prayer for the president.”

Godfrey said Episcopalians in America have a custom of saying a prayer for the president of the United States, and the prayer is in the American Episcopal Book of Prayer.

“A former rector serving as rector until another priest could arrive said a prayer for the president,” Godfrey said. “The ladies walked out of the service and were later arrested and sent to Bovina (Big Black).”

Since the Civil War, the church has been rebuilt and remodeled, but Godfrey said the building is only one part of Christ Episcopal.

“It’s not just the building, but the people,” he said. “The pancake supper is about 135 years old. The wonderful thing about it is how many pancakes we sell. All the money goes to outreach.

“It’s being here, being a part of Vicksburg because so much of what we’ve done was outreach; always doing lots of outreach. It’s not just gathering to worship, but doing what we can for the community. We have a lot of the ministries around town.” 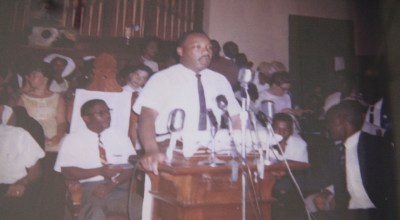 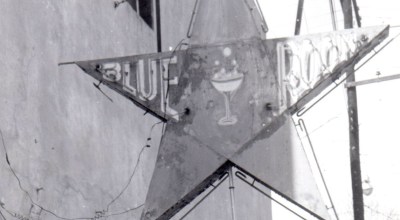 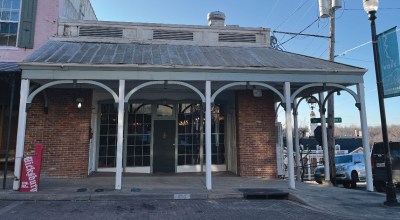 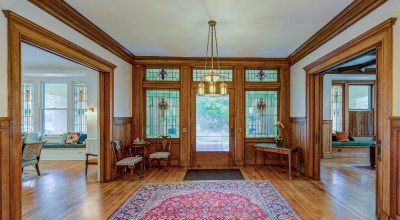