LADY OF THE COURTHOUSE: How Eva Whitaker Davis saved a Warren County institution 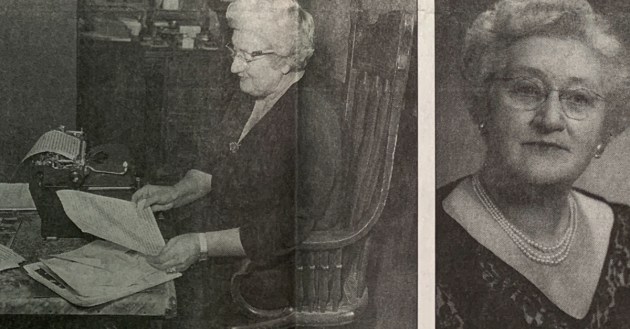 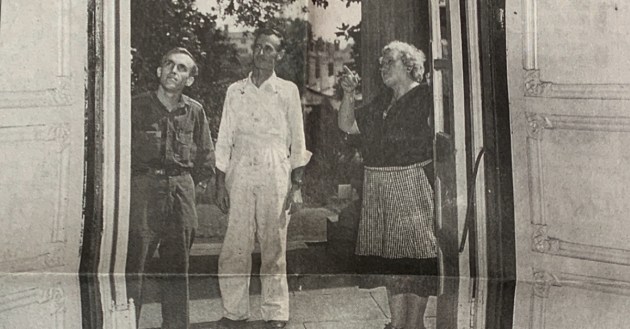 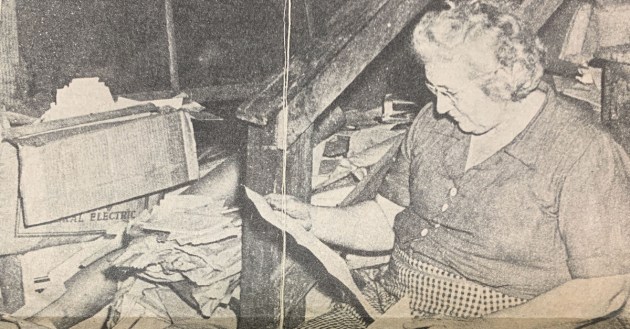 Location, artistry and history could all three be reflective as cornerstones of the Old Warren County Courthouse Museum.

Constructed in 1858, the building located at 1008 Cherry St. sits atop one of the highest hills in Vicksburg.

The brick used on the façade was made by hundreds of enslaved artisans who then erected the building, which was completed in 1860.

Deemed a National Landmark and named one of the 20 most outstanding courthouses in America by the American Institute of Architects, the Vicksburg treasure has been described as an “architectural gem.”

With all its splendor, it is difficult to imagine that there had ever been talk of demolition. But after years of neglect coupled with the construction of a new Warren County Courthouse in 1939, it seemed there was nothing, or no one, to advocate for its survival.

That was until Mrs. Eva Whitaker Davis stepped in and saved the courthouse.

Davis had been advocating for the courthouse to become a museum even before plans of a new courthouse had been adopted. And when the Warren County Board of Supervisors in 1937 adopted plans for a new courthouse and voters agreed by supporting a bond issue that would afford the county a new facility, Davis’s appeals were heightened so much that she wrote a letter to the board.

“The Warren County Courthouse is one of the chief charms of the City of Vicksburg and a place that its citizens wish to preserve as a historical landmark,” Davis wrote. “Let us keep the courthouse as a hallowed shrine of historical interest, a museum as it were, where the history of the entire territory, rich in legend and fact, may be displayed to the tourist.”

Davis received no response from the supervisors, but this did not end her letter-writing.

In a 2005 interview by Vicksburg Post reporter Lauchlin Fields, Carolyn Ann O’Riley, Davis’ granddaughter and author of “The Lady of Court Square: The Biography of Eva Caroline Whitaker Davis,” said her grandmother was 48 in 1940 when the courthouse was being publicized.

“That’s when she started the letter-writing campaign,” she said.  “It took until 1946 until the first notice came out to invite anyone interested in saving the courthouse.”

But when it did, “200 people attended the meeting,” O’Riley said, and with their help, Davis formed the Vicksburg Warren County Historical Society.

Although there was community support in saving the courthouse, sadly Davis was given no assistance from the board of supervisors.

“They furnished no labor, so she went in by herself and singlehandedly cleared out the entire building,” O’Riley said. “There had been rooms filled with old clutter, so she had to physically go in and clean and whitewash the walls.”

The board eventually offered Davis help from supervised inmates.

The Old Court House opened its doors as a museum in 1947 and from its original one-room beginnings, it grew to nine rooms filled with the history and relics of the past and is considered the best collection of Confederate history in the South.

In 1966, in recognition of Davis’s tireless passion to preserve the courthouse, the governing board of the museum added her name to the building, making it the Old Court House Museum-Eva W. Davis Memorial.

Born in 1892, Davis had led a quiet life until becoming an advocate for historical preservation — namely, an activist for saving the courthouse. But by the end of her life in 1974, she had made her mark in Vicksburg.

Her obituary, which ran in The Vicksburg Evening Post, stated, “True to her traditions and devoted in her important work, though she was forced to retire several years ago because of her health, her deep interest and concern for the museum and for the history it so wonderfully preserves, her life work will be appreciated by generations.”