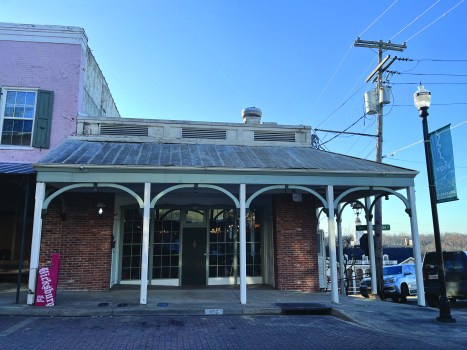 The Freedman's Savings Bank building as it is today. (Photo by Catherine Hadaway) 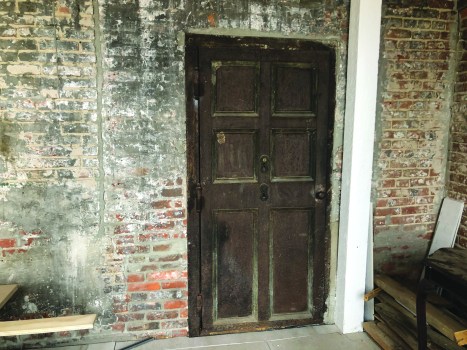 This vault door dates back to the opening of the Freedman's Savings Bank in Vicksburg. (Photo by Anna Guizerix)

Reconstruction was in full swing in Vicksburg in 1870, and with it came new establishments aimed at benefitting former slaves.

One such business was located at 1100 Washington St.: The Freedman’s Savings Bank.

According to the U.S. Department of the Treasury, the Freedman’s Savings and Trust Company was a private corporation chartered by an act of the U.S. Government signed in 1865 by President Abraham Lincoln. It was created to help newly freed African Americans as they endeavored to become financially stable. Originally, the bank was headquartered in New York but later moved to Washington, D.C. Eventually, there were 37 locations across 17 states.

“African Americans were also hired to work at the bank. By 1874, nearly half of the bank’s employees were African American,” the Treasury Department reported. “Most were cashiers — the top officials at the branches. Otherwise, they were assistant cashiers, clerks or messengers.”

At its highest point, the Freedman’s Savings Bank had approximately 100,000 depositors. Because people could open an account with as little as 5 cents, it afforded former slaves an opportunity for a stable life.

The bank was not immune to corruption, and near the end of its lifetime, bank leaders tapped abolitionist, writer and speaker Frederick Douglass to act as the bank’s president, replacing its original president, John Alvord.

However, Douglass soon realized the institution’s instability and personally recommended to Congress that it be shut down.

“Married to a corpse” was the term Douglass used when referring to his involvement with the Freedman’s Savings bank.

While the Freedmen’s Savings Bank was a national institution, the branch in Vicksburg was the first in Mississippi. While the institution as a whole was short-lived, dissolving in 1874, the marks of the business can still be seen today.

Two original vaults can still be seen in the ca. 1856 building, which is now home to Parish Waterfowl Company.

Local business owner and investor Kelle Barfield owns the building today, along with the rest of the block.

Other Secrets of 1100 Washington St.

In modern times, the “Biscuit Company” mural on the side of the building has become eponymous with the restaurant started by the Monsour family and currently operated by Kay Daniel.

However, there was never a Biscuit Company in Vicksburg — it was merely an advertisement for Nabisco products, which were sold in the dry goods store that moved into the Freedman’s Savings Bank space after the bank folded.

W.T. Montgomery and Company was owned by Ben and Isaiah Montgomery, former slaves of Confederate President Jefferson Davis and his brother, Joseph Davis. The store was operated by the Montgomerys until 1889, when another grocer took its place, followed by another.

Union Hill Publishing Company moved into the building in July 1899, but in 1906, a fire broke out in the stored newsprint which led the newspaper to move to a location on Clay Street.

In May 1909, the building again housed an African American-owned bank, the Union Savings Bank, which operated until 1912.

In more recent history, it was home to The Collection gift store and Southern Cottage.