The lure of 15 China Street: One of Vicksburg’s storied bordellos 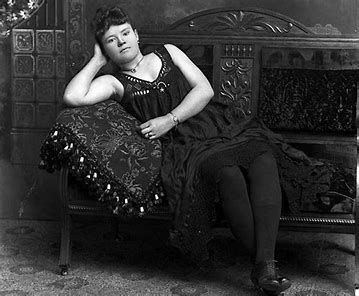 Portrait of a Prostitute -1900 by Eliza Burlingame 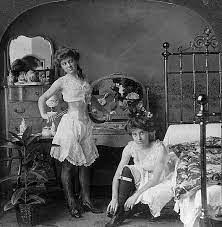 federal-point-history.org Sex and the Civil War by Doug Coleman

Rumors, gossip and speculation no doubt swirled about the goings-on behind the doors of 15 China St., where the music played, pretty girls entertained and fellows’ worries disappeared, if only for a night.

And, while there were likely plenty of tall tales told, especially from the clientele, a couple of things are for certain about 15 China St.

There is documented proof a building at this address once existed in Vicksburg, and thanks to oral history — embellished or not — there is also testimony as to its use. The house at 15 China St. was a brothel.

“Possibly no other private address has achieved such nationwide recognition as 15 China St. in Vicksburg,” wrote the late Vicksburg historian Gordon Cotton in his book, “15 China and other Tales.”

Cotton’s book stated the Vicksburg house of “ill repute,” which existed for more than a century, rivaled even the legendary House of the Rising Sun in New Orleans — which, one will recall from the song of the same name, was “the ruin of many a poor boy.”

Fortunately, the late LeGrand Capers, who was born in Vicksburg in 1900 was spared this demise upon his visits to 15 China St.

In 2018, an interview of Capers was presented via a podcast produced by The Center for Oral History & Cultural Heritage at the University Southern Mississippi, entitled “Vicksburg Vice — Bars, Brothels and Bootleggers.”

During the interview, Capers talked about how the red-light district in Vicksburg was located on and around Mulberry Street, and more specifically, at 15 China St.

“I heard about … the red-light district and particularly about one celebrated house 15 China that had been in existence since the early 1860s,” Capers said. “It was said the wealthy plantation owners from the Mississippi Delta came for many many years to drink play poker and otherwise divert themselves.”

Capers recalled his own visits to 15 China St.

“When I worked at the Baer (and) Brothers (Dry Goods) Store when I was a young fellow, the girls down there (at 15 China) would call up for a collection of shoes to be sent down,” Capers said, and it was after one of these calls that he was asked to deliver six pair of shoes to the ladies.

“So, I took the shoes down there and the woman tried them on, and I remember it was a very exciting experience for me. Although I had been in there before, see, but I had only seen the women when they were parading around the dance floors and soliciting customers. But this way they were completely relaxed you know. And that’s the only time I believe I went in the bedroom. The woman — we went in there and she had three or four girls and she was trying on the shoes and asking them what they thought about them,” Capers said.

Upon return to the store, Capers said, he was asked if he sold anything. Three pairs, he replied.

Then there were the times Capers visited 15 China St. when he wasn’t delivering shoes.

“In later years when I was a grown man, just like most of us we used to go down, we would call it going down the hill. Some fellows would meet for a night and say let’s go down the hill for an hour or so and sometimes we would just sit around there and buy some drinks and put some money in the player piano,” he said. “As long as you put some money in the piano and keep it playing or bought a Coke or a glass of beer or something, you could sit around there an hour or so without making any dates with girls. It was just kind of social, but you had to spend something. Young fellas spent very little. They would go down there and take a dollar with another fella, and they would spend three hours talking with the girls.”

Capers said the red-light district was closed during World War I, “to protect the morals of the soldiers who came here to the city of Vicksburg from Hattiesburg.”

After the war, most of the houses never opened again, Capers said.

“The exception was the famous number 15. It opened and closed several times with different landladies until finally in the late 1930s it was run down and ugly,” he said.