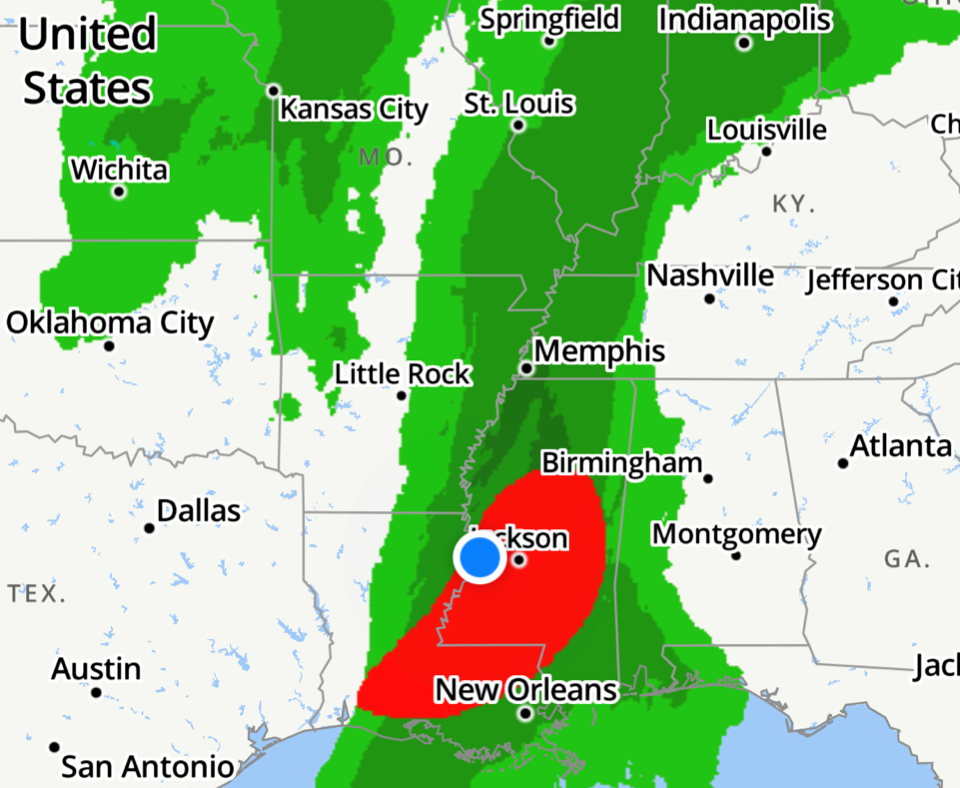 Warren County will experience severe thunderstorms as part of a band of rainy weather that is moving across the region on Tuesday.

Severe thunderstorms are expected across the state Tuesday, with early projections showing the worst of the weather will hit Vicksburg between 11 a.m. and 2 p.m.

According to the National Weather Service office in Jackson, Warren County is part of an area under a moderate risk for severe weather. Residents can expect severe storms and damaging winds, as well as the possibility of hail up to a golf ball size.

“Everyone needs to keep an eye on the weather and have some way to receive weather watch and warning information,” Campbell said. “Being able to have access to radio, television, those are valuable.”

The high on Tuesday is predicted at 76 degrees, with a south wind between 15 and 25 mph.

Conditions are anticipated to calm down by Tuesday night, with a low temperature of 46 degrees and winds dying down to between 5 and 10 mph.

The sun is expected to return on Wednesday, with a cooler high temperature of 63 degrees.