Uncle Johnny’s House: A Mid-Century Modern home gets a breath of fresh air 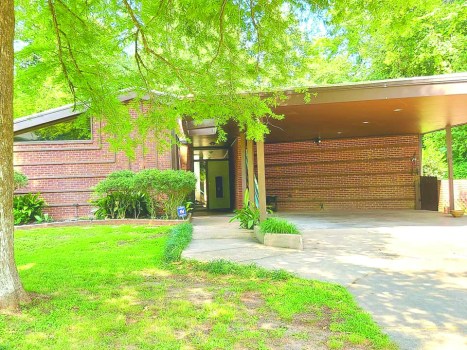 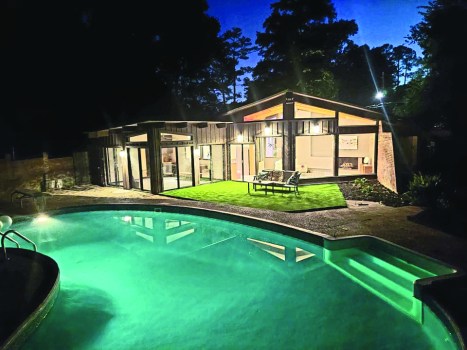 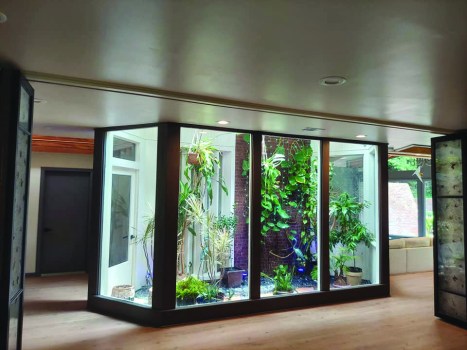 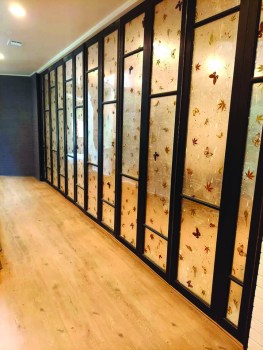 Vicksburg is known for its stately mansions and classic craftsman architecture, but nestled in the Wildwood neighborhood on McAuley Drive is one of the city’s finest examples of mid-century modern construction.

The Jabour House, as it’s still known today, was built by Johnny Jabour for his family in 1957. Jabour contracted architect John Miller Mattingly, an understudy of Frank Lloyd Wright. Since its construction, the home has only had two previous owners.

When a series of tornados hit Vicksburg in April 2019, the house on McAuley was nearly crushed. Enter Kasman and Remy Massey, a husband-and-wife team who saw the challenges the home presented and sought to bring it back to its former glory.

“Remy grew up in that neighborhood, so we’ve always had a soft spot for Wildwood, as many of his family still lives there. That home was so unique and such an attention-getter,” Kasman said. “It was actually a sad situation. … A tree fell on the house and crushed it.

“The former owners were presented with the dilemma of tearing it down or finding an investor to restore it. Out of many counterparts in our industry, we were fortunate enough to be selected for this project.”

Once they began assessing the damage, the Masseys realized the home wasn’t a total loss. The portion of the house that was crushed was an addition made in the 1980s, so in eliminating that addition, the home was restored to its original footprint.

However, the exterior wall of the home was left exposed for 18 months, meaning there were 18 months of damage to the interior of the home. Electrical work, carpets and more had to be replaced in order to make the home livable again.

Still, the project was one that held sentimental value for Remy.

“I spent a lot of my childhood playing in that house with the children who lived there,” he said. “When you look at Vicksburg, you have to take into consideration the various historic neighborhoods around town. This neighborhood was built behind Mercy Hospital. At the time the hospital was built, mid-century modern was considered the hot thing.

“In Wildwood, there are some striking examples of Mid-Mod architecture.”

However, Kasman said, there really aren’t many equals to 223 McAuley Drive.

The 3,000 square-foot home, now fully restored and updated with the style and amenities one would expect in 2021, has many striking features. From its sunken tub in the master bathroom that the Masseys joke is equivalent to a small indoor pool — neighborhood children learned to swim in it — to its open-concept floor plan, the striking visuals of the home have remained untouched.

Two aspects of the home stand out among the Masseys’ favorites.

“Right off the top of our heads, the enclosed indoor atrium would have to be one of our favorite parts. Everything about the house was so unique,” Kasman said.

“You can see the atrium from every point. It’s such a unique, irreplaceable facet,” Remy added. “When you see the blueprints and the intricacies of the design, you really gain a whole new appreciation for the home.”

Another of the Masseys’ favorite parts of the home is the sliding decorative glass doors, impregnated with real silver and gold leaf, dried Japanese maple leaves and dried butterflies. The late Jil Jabour Katz, daughter of Johnny Jabour, said her mother hand-selected each leaf and butterfly that went into the glass doors.

The Masseys also paid special attention to preserving the original color scheme and materials used in the home, since those aspects had remained largely untouched prior to the tornado.

However, restoring the home wasn’t without its challenges — namely, cooling the home. The house is built off the ground instead of resting on a concrete slab foundation, and the vaulted ceilings are actually the roof decking, meaning there is no attic space.

“One of the issues was the air conditioning. How do we run ductwork through the house without it being attic space?” Remy said. “We dirtied many a cocktail napkin trying to figure out how we’d run those big air ducts without them being seen.”

What they ended up doing was converting the home’s original fluorescent lightboxes into part of the ductwork. At the first open house, Remy said, it seemed like their ingenuity paid off.

“A great many of the people who had experiences in the home said during the open house, this was the first time they’d been in the home and it felt comfortable,” he said.

Other potential roadblocks were the lack of availability of materials, Kasman said. In a newer home, it’s possible to go to Home Depot or Lowe’s and pick up a few gallons of paint or replacement tiles. But in an older home — especially one crafted from top-of-the-line, custom materials — repairs weren’t as simple as a trip to the home improvement store.

“We had to be very careful when we removed things so we could reuse them,” Kasman said. “All the bedrooms had the original ceilings, the original colors and everything. One of the boards got damaged, and it was either paint the room and make it different from everything else, or find a way to replace the board.”

Kasman combined a variety of stains, and with a little chemistry and some luck, was able to color-match a new board, preserving the style of the room.

The home was sold to its third set of owners in September 2021. When reflecting on the restoration process and all the challenges and lessons along the way, Kasman said there is only one word to describe the way she and her husband feel about the home.

“Honored would be the best word to describe it. We worked to make sure that you could not tell where we came in and Johnny left off,” she said. “We feel honored that we were chosen to be the ones to restore it.”