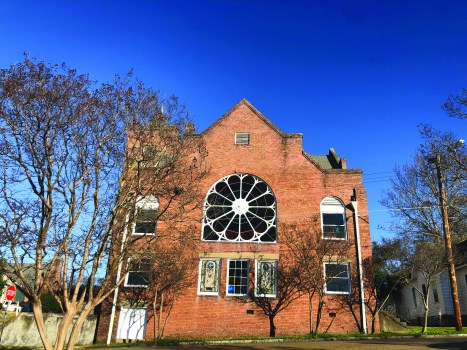 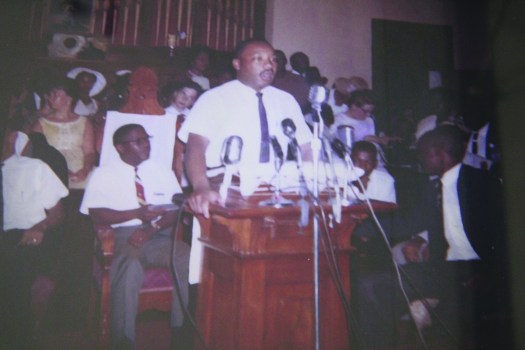 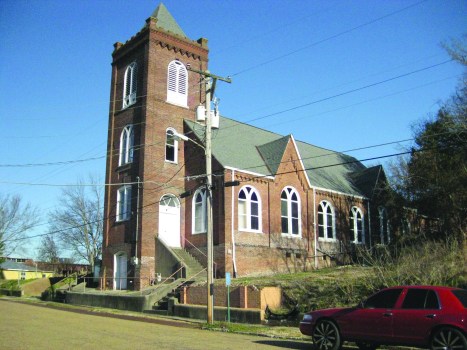 Like many of Warren County’s Black churches, Bethel A.M.E. and Pleasant Green Missionary Baptist Church have a history that spans decades, beginning in the 1860s and covering several periods of the county’s growth.

But the history of both churches is unique and allows them to stand out from other area churches — Bethel, because of its place in the African Methodist Episcopal Church’s history in Mississippi; Pleasant Green because Dr. Martin Luther King Jr. spoke at the church in 1964.

“We are the mother church of African Methodism in Mississippi,” church trustee Clarence Jones said. “We had the first Black college in Mississippi owned by Blacks. It’s the home of the Prince Hall Masons. The Rev. T.W. Stinger, one of our pastors, founded the masonic lodge at Bethel in 1867.”

The church was founded in 1864 in Vicksburg.

“We purchased it (the church building) from First Presbyterian Church in 1864 on this site,” Jones said.

The church’s first pastor came from Philadelphia, Penn., the home of the A.M.E. Church, Jones said, “But he had to go back, so a local preacher, J.L. Bowman came and took over until they sent another pastor down. Rev. Bowman is buried on the grounds.”

The first church was remodeled in 1880 with a 100-foot tower added to the building, and in 1890, church pastor the Rev. W.L. Anderson built a three-story hall in the rear of the church that became the home of Campbell College, the first black-owned college in Mississippi.

The original church burned in 1897, Jones said, and Campbell College, which was housed in a wooden building behind the church, was destroyed in the fire. The college later moved to Jackson.

The congregation built the present church building, in 1912.

At one time during its history, the church’s congregation included many professional people in the black community— school principals, teachers and the undertakers; at one time all the people in the choir were teachers. The Jeffersons (Jefferson Funeral Home) are associated with the church now. The first African American female millionaire — Madame C.J. Walker — was a member.

“A lot of people believe the A.M.E. church was founded in Africa, but it was founded in America by free Black men,” Jones said. “We’re not about Africa, we’re about Jesus.”

Pleasant Green Missionary Baptist Church was founded in 1867 when members of the congregation of King Solomon Baptist Church left to form a new church.

The first church was located on Pearl Street and was damaged in a storm in 1869.

The group relocated to a frame church on what is now Bowman Street in 1888 and then relocated to its present church in 1898.

In 1964, in the midst of the early stages of the civil rights movement, Pleasant Green hosted the movement’s most charismatic leader, Dr. Martin Luther King Jr.

“It was in the heat of the civil rights movement here in Vicksburg,” John Ferguson, who heard King speak, said in a 2019 article. “As a member of the Student Non-Violent Coordinating Committee, we were responsible for getting him to come here, and he agreed to come and get other people involved in the civil rights movement. That was the reason that he came.”

Church member Gwendolyn Brown recalled another church member, Ethel Smith “took a chance” to let the organizers of King’s visit stay at her home despite threats to burn the house.

The result of King’s visit, Ferguson said, was that communication between Black and white people became greatly improved.

“Progress (on other issues) was much slower,” he said. “But communication had started, and that’s how you get changes made and have progress — when you get people talking.

“That was a real effort because many people in the white community were afraid to be seen discussing issues of civil rights with blacks at the time.”

It was in the early 60s, so the atmosphere was kind of bleak, but obviously, it ended up where we were talking,” Ferguson said.