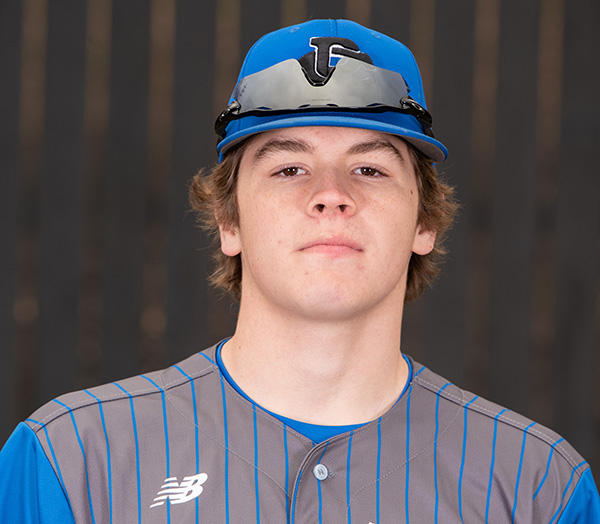 Porter's Chapel Academy pitcher Gage Palmer had nine strikeouts and only allowed one hit in an 11-1 win over Greenville Christian on Thursday.

Gage Palmer turned in a stellar pitching performance and Porter’s Chapel Academy used a big rally to pick up a district victory on Thursday.

Palmer racked up nine strikeouts, while allowing only one hit and no walks in a six-inning complete game as the Eagles routed Greenville Christian 11-1.

Palmer retired the first 11 batters he faced. An error ended the streak and was followed by an RBI single to end the no-hit bid in the fourth inning. Greenville Christian’s batter was thrown out trying to advance to second, however, and it did not have another baserunner.

PCA (9-4, 2-1 MAIS District 3-3A) broke open a close game by scoring eight runs in the bottom of the fifth inning. Gavin Pugh and Taylor LaBarre each drove in two runs with singles, but walks were the real key to the inning. The Eagles drew four of them and all four of those runners scored.

Pugh also reached on an error in the sixth inning and scored on a hit by Laken Bradley to end the game via the mercy rule.

LaBarre finished 2-for-4 with a double, three RBIs and one run scored. Pugh also had two hits, two RBIs and scored twice.
Chase Hearn went 3-for-3 for the Eagles, and Bradley had two RBIs.

Vicksburg 18, Forest Hill 3
Vicksburg 15, Forest Hill 0
Terrance Johnson and Decedric Brown both went 2-for-3 with a double, three RBIs and two runs scored, and Vicksburg High made short work of MHSAA Region 4-5A opponent Forest Hill, 18-3, in the first game of a doubleheader Thursday.

The Gators banged out 11 hits, drew 10 walks, and finished the game in three innings via the mercy rule. The scored four runs in the first inning, five in the second, and then nine in the third.

Rashad McCroy also had three hits and scored three times for Vicksburg (10-4, 4-0 Region 4-5A).
Brown pitched and had seven strikeouts in three innings. He walked three batters and hit three more, but did not allow a hit.

The Gators routed Forest Hill in game two as well, 15-0, in another game shorted to three innings because of the mercy rule.

Johnson tripled, drove in one run and scored two more in the second game, while Chris Green had a double, two RBIs and two runs scored. Tyler Carter also doubled and scored twice.

Conner Harrigill pitched for Vicksburg and allowed one hit and one walk in three innings. He had five strikeouts and threw just 33 pitches.