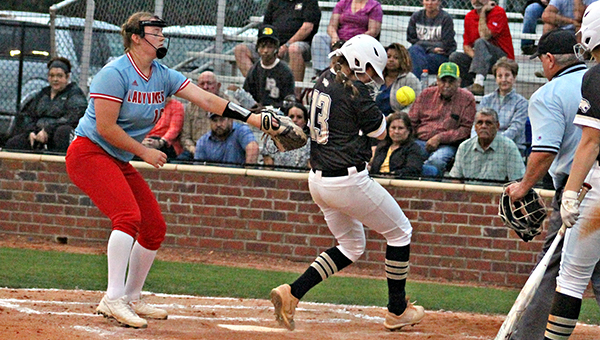 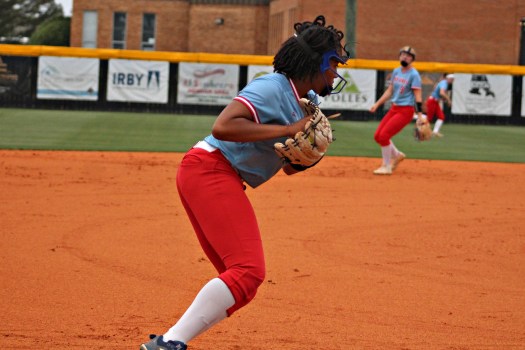 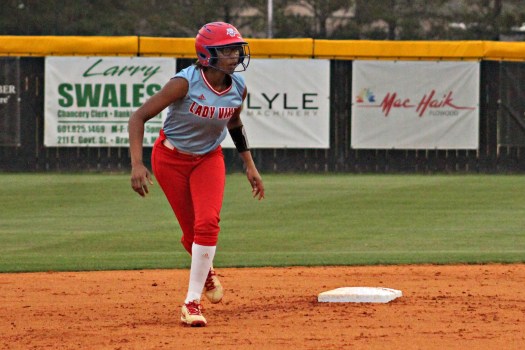 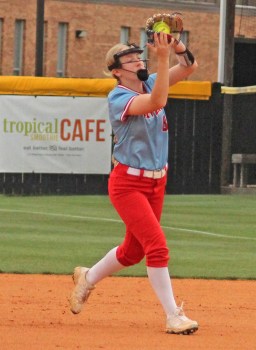 FLOWOOD — There’s still plenty of time for Warren Central’s softball team to climb out of the hole it has suddenly found itself in. The Lady Vikes do, however, need to stop digging.

Warren Central committed seven errors, and at least as many mental mistakes, that led to five unearned runs Tuesday night as it lost to Northwest Rankin 12-0.

It was Warren Central’s second loss in as many Region 6-6A games, which will put it in must-win mode coming down the stretch.

“You’ve just got to play better the next game and not worry about this game. You’ve got to leave this game where it is, which is right here, and understand that we’re better than we played tonight. We’ve just got to show it,” Warren Central coach Dana McGivney said. “We still have a chance to be No. 2 in our district. All you can do is plug away every day and improve.”

Warren Central (11-7, 0-2 MHSAA Region 6-6A) only had two baserunners. Jenn Smith singled in the first inning and Lola Crozier was hit by a pitch in the third.

Wallis also went 2-for-3 with a double and two RBIs to lead Northwest Rankin’s nine-hit attack. Mollie Swilley was 3-for-4 with four RBIs, three of them coming on a home run off the scoreboard in center field that ended the game via the mercy rule in the bottom of the fifth inning.

It wasn’t Wallis’ pitching or Northwest Rankin’s hitting that caused Warren Central’s demise, though. It was the Lady Vikes’ own defense.

Brooke Smith led off the bottom of the first inning with a grounder to third, but the throw pulled first baseman Kamryn Morson off the bag.

Morson collided with Smith and dropped the ball. While she collected herself, Smith alertly dashed to second base — and then to third when the throw there went into the outfield. Smith then scored the game’s first run on a passed ball.

Another error led to a run in the third inning, and then the Lady Cougars blew it open with seven runs in the fourth. Warren Central committed two errors and had a wild pitch in the latter rally, but failures to cover bases on several plays allowed runners to move up or score.

Smith had a bunt double in the fourth inning because no one covered second base, and she scored from second on another bunt single.

On another play, Reese Collier scored on a wild pitch and another runner went from first to third on the play because the flip to the plate hit Collier and bounced away.

“It’s like we forgot what we were doing for a minute and I don’t know why,” McGivney said. “Hopefully they’ll learn from it and improve, and the next time we’ll at least look like we know what we’re doing.”

The mental errors that did not wind up on the stat sheet, McGivney added, were more frustrating than the physical ones that did.

“It’s just the fact that we let them put those runs on the board because we didn’t do what we were supposed to. They were putting pressure on us and we folded. That’s very frustrating,” she said.

It was the second region game in a row in which shoddy defense cost Warren Central. Last week, it committed three errors in the bottom of the seventh inning to let Pearl steal a 4-3 win.

The Lady Vikes will have several games to get right before the path of their season is decided. They’ll host Clinton on Thursday and Wesson on Friday before playing in the Richland Tournament on Saturday. After that, three region games against Terry and Northwest Rankin (14-2, 3-0) follow on April 5, 7 and 12.

Warren Central will need to win at least two of them to secure a berth in the Class 6A playoffs.

“We’ve just got to decide if we’re going to toughen up. That’s all there is to it. We have got to be mentally tougher,” McGivney said. “There are some games where we see it and we look really good, and then there are other games where we look like this. It’s more about being consistent and being mentally tough day in and day out.”