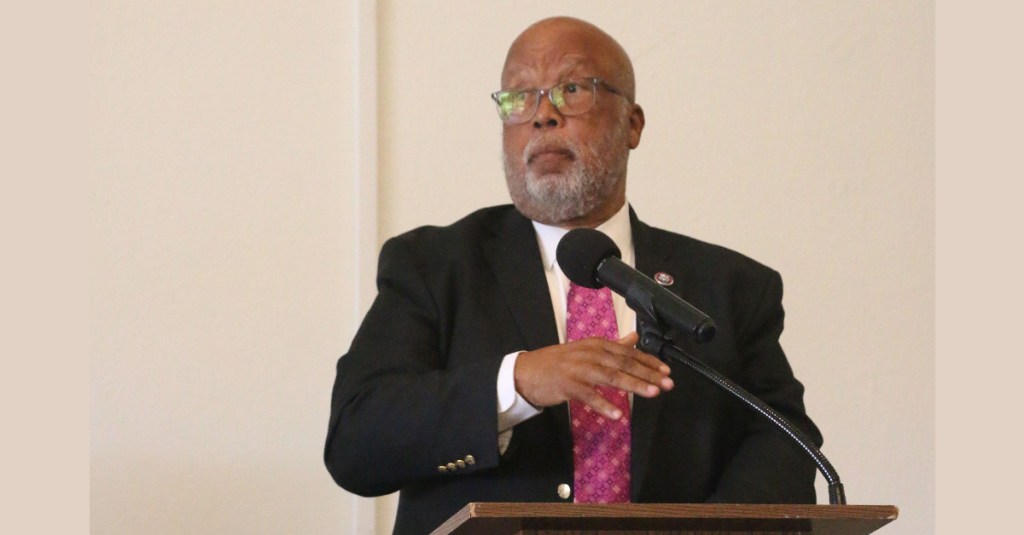 Democratic U.S. Rep. Bennie Thompson spoke at Thursday’s meeting of the Vicksburg Rotary Club, addressing an array of national and international topics, including the Russian invasion of Ukraine.

Thompson, who represents Mississippi’s second congressional district, pointed out his recent vote in favor of offering aid to Ukraine, citing an obligation for Americans to act as an example for other nations.

“I’m one of those people who voted to give the people of Ukraine all the help we can, because we have to set an example, as Americans,” Thompson said. “Everywhere I’ve gone in the world, people look and say, ‘Oh, we appreciate what you all do. We want to come to visit sometime.’ People look up to us.”

Thompson said he hopes the United States’ efforts to aid Ukraine will help mitigate the situation and, hopefully, prevent U.S. troops from being deployed to the embattled nation.

However, he said, Russian President Vladimir Putin should be held at arm’s length.

Thompson described humanitarian aid as a “Band-Aid” on the Ukraine conflict, instead proposing the United States invest its military technology in the area.

“What we have to do is continue to invest our military assets, the technology that ERDC has developed down the years, to help other countries so we can keep being No. 1,” he said.

Thompson also prefaced Friday’s announcement by President Joe Biden, saying the United States will grant asylum to 100,000 Ukrainian citizens affected by the Russian invasion of their homeland. Thompson has been the Chair of the House Homeland Security Committee since 2019, and also from 2007 to 2011.

“If things settle, they can go back home,” he said. “If not, as Christians, we’re going to welcome them to this great country of ours.”