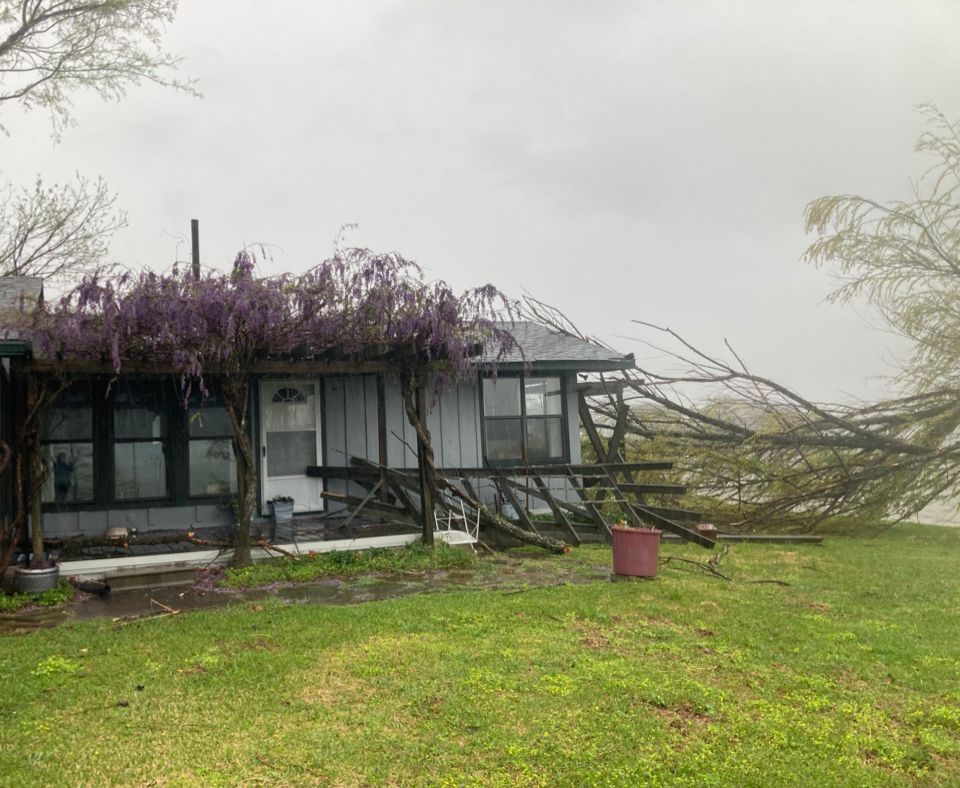 The home of Bump and Peggy Callaway, at Eagle Lake, sustained damage during a severe storm that hit the area on Wednesday. (Photo Submitted)

After a day of severe weather, from high wind gusts to downpours of rains to suspected tornadoes, the Eagle Lake community was the worst-hit in Warren County on Wednesday.

“As the storm passed through Warren County, apparently the Eagle Lake community was hardest hit,” Pace said. “Damage to the homes ranged from minor damage with shingles blown off to some with serious structural damage. Some homes had their roofs blown off.”

Pace highlighted the response of  Warren County Emergency Management Director John Elfer, volunteer firefighters and sheriff’s deputies in the wake of the storm.

“Warren County Emergency Management Director John Elfer, volunteer firefighters and numerous sheriff’s deputies have been going from house to house to see if anyone was home or if anyone was injured. We had one case where someone was at home and their home received structural damage,” Pace said.

He said there were no injuries.

Elfer estimated 20 to 30 homes in Eagle Lake were damaged, adding those in the area around the Eagle Lake United Methodist Church were heavily hit.

Some, he said, were damaged and others were destroyed.

“No one was hurt. We were lucky there, and it happened during daylight. That helped,” Elfer said.

In a related incident, Pace said a piece of a cotton combine was blown off the machine and onto Eagle Lake Shore Road.

The city of Vicksburg fared much better in the storm by comparison.

Vicksburg Ward 1 Alderman Michael Mayfield, who is over public works, said the city had one tree down at Iowa Boulevard and North Frontage Road that has been cleared.

“We dodged another cannonball,” Mayfield said. “We’ve been blessed.”