LOOKING BACK: The roots of Gibson Memorial United Methodist Church 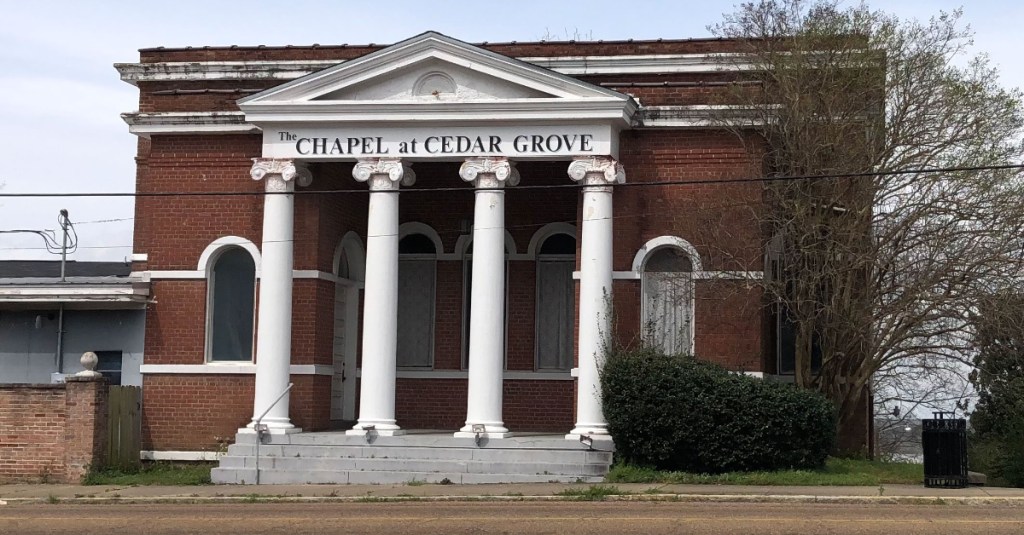 Gibson Memorial United Methodist Church traces its roots to 1887 when Methodists in the area of Oak and Mulberry streets began meeting for Sunday school in a room at the Marine Hospital on Speed Street.

Crawford Street United Methodist Church bought a lot on the east side of Oak Street and built a small church for these parishioners. In 1889, the South Vicksburg Church was organized, and by 1902, it had outgrown its small church building. They sold it and purchased a lot at 2709 Washington St. and by 1904 had completed their new frame church, which they called Washington Street Methodist.

Again outgrowing their building, the congregation sold the Washington Street Church in 1913 to St. George Antiochian Orthodox Church and bought a lot at 2200 Washington St. Here, they built the church building in the photograph, which was designed by Michael J. Donovan. R.W. Boult was the contractor, who built it for $10,000. The Rev. L.L. Roberts handpicked many of the materials used to build the church. He traveled to South Mississippi to select pine flooring for the sanctuary. The building was dedicated on Nov. 1, 1914, with the Rev. A.F. Watkins, president of Millsaps College, performing the ceremony of the laying of the cornerstone, and the church was named Gibson Memorial.

In 1935, the old parsonage was converted into an education building and in 1946, the sanctuary was renovated and Sunday school rooms were added. The church congregation eventually moved to a new location in the county and this building became a part of the Cedar Grove complex of buildings.