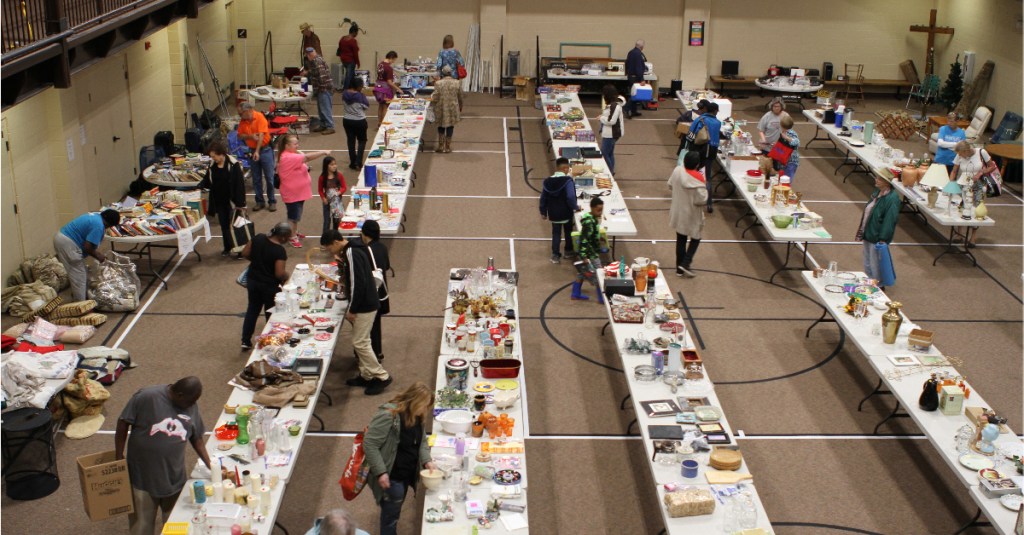 A more than 20-year tradition returns to Hawkins United Methodist Church on Halls Ferry Road Saturday when the church’s barbecue and garage sale return after a two-year absence due to COVID-19.

“We know people are ready for this because they’re asking me all the time when are we going to have the barbecue again,” said Robert Walters, one of the event’s organizers.

“Most of the money is spent in Warren County; we have several organizations we help,” Walters said.

The menu for the barbecue is a half-chicken, baked beans, coleslaw, a roll and a piece of cake. Iced tea will also be available. The cost of the dinner is $12 and will be served from 11 a.m. to 1 p.m. in the church’s Abundant Life Building, located at the church’s lower parking lot at 3736 Halls Ferry Road.  People can eat in or take out.

The church will deliver on orders of 10 or more plates. The garage sale runs from 8 a.m. to 1 p.m. Saturday.

“We invite everybody to come and we have a big garage sale. Our whole downstairs auditorium is full of knick-knacks and bedding and tools and books and just about anything,” he said. “We also have a bake sale and a plant sale.”